Warner Bros. has created a digital networks division that will house the Hollywood studio’s over-the-top assets and lead a push into OTT services. 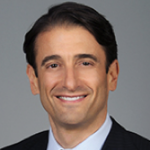 Craig Hunegs will lead Warner Bros. Digital Networks as president, a role he will fulfil alongside his Warner Bros. Television Group president of business and strategy post.

“By forming Warner Bros. Digital Networks, we’ll be able to operate more nimbly as we continue to develop and deliver on our digital strategy which will complement our industry-leading distribution business.”

Hunegs reports to Tsujihara in both of his posts.