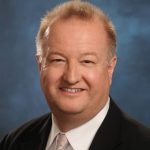 Cornish is senior vice president and managing director at the Fox sales division, based in its London headquarters, and among the longest-serving execs in the international TV business.

He will retire from Fox in September, having joined the company in 1986. During his long career at the company, Fox’s shows for distribution have included hits as varied as L.A. Law, Ally McBeal, The Simpsons and 24.

The Fox chief was at the LA Screenings this week, representing the studio for the last time as it launches its new slate, which includes buzzy US dramas 24: Legacy and Prison Break.

She added: “We thank Steve for his dedication, support and many contributions to our company and wish him great happiness for a long and enjoyable retirement.”

It is not known whether Cornish will take on any consultancy or advisory roles after leaving Fox. The studio said that an announcement regarding the longstanding distribution chief’s exit will be announced in due course.

It is understood Dave Smyth, senior VP, sales and development, will replace him.