All3 buys into factual indie

All3Media will financially back Caravan, a UK-based, factual-focused production indie. 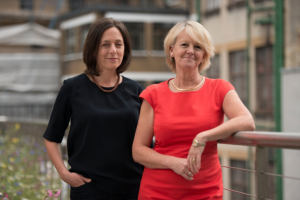 All3 has invested in the business along with indie filmmaker and CEO of Haviland Digital Keith Haviland, who joins Caravan’s board.

A spokesperson declined to comment on the size of the investment.

British producers Juliet Singer and Dinah Lord founded the company last year, and have gone on to produce shows such as Panorama – Britain’s Mental Health Crisis and A Royal Wedding: Indian Style.

Lord worked for UK prodcos including Silver River, Swan Films and Pulse Films, having spent earlier portions of her career at the BBC. Internationally, she worked on coproductions such as the Channel 5, NHK and Arte series Hiroshima.

Singer has worked at several indies such as Wall to Wall and The Garden, and produced shows for the BBC. She also counts We TV series New York Bridezillas on her CV.

Jane Turton, CEO, All3Media said: “Dinah and Juliet have a vision for Caravan that is really exciting. They believe in high quality, challenging and distinctive programme making and when that’s coupled with their passion, business acumen and sense of humour, it’s irresistible. I am delighted that they have chosen All3Media as their partner and look forward to Dinah and Juliet achieving great things putting Caravan on the map around the world.”

The UK production market has been relatively quiet on the M&A front in recent months following an intense period of consolidation.

FremantleMedia has invested in a number of new indies, and fledgling firm Greenbird Media has been active in backing a number of new start-up companies, however, most recently buying into Stupid Man, Smart Phone prodco Kalel Productions.