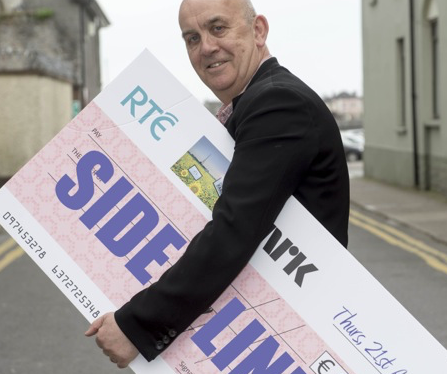 The national broadcasters of Ireland and Norway have handed Dublin-based Sideline Productions €10,000 (US$11,275) after it won a formats pitching competition.

RTÉ and NRK have handed over the cash so Sideline can create a pilot of new problem family-focused format Bucking the Trend for the Irish and Norwegian markets after a “closely fought contest”.

This comes after RTÉ’s Format Farm initiative partnered with NRK to create the pitching competition, which took place yesterday at the Celtic Media Festival in Dungarvan, Co Waterford.

Bucking the Trend is billed as a formats that “looks to change the lives of families with long term problems and change habits”.

Sideline now has ten weeks to deliver a sizzle tape and full treatment to pitch to controllers at RTÉ and NRK at the Format Farm Development Pitch.

The criteria for qualifying shows are an original format for which all worldwide rights are available.

“Supporting creativity and innovation is at the heart of Format Farm’s philosophy as a development initiative, so the collaboration with NRK is a significant and exciting extension to the scheme which will open up more International opportunities for production companies to bring their formats to new markets,” said Michelle Spillane, director of RTÉ Global, RTÉ’s international arm.

“Format Farm is doing something different and bringing together producers, broadcasters and ideas and putting our money on the table,” added Frawley. “There’s a clear mutual need in the market globally and this initiative benefits both parties with tangible results that have the best possible chance of getting on screen in two valuable territories.”

In related Format Farm news, Sony Pictures Television-distributed format Scorchio has been greenlit by RTÉ2 controller Bill Malone and has gone into production.