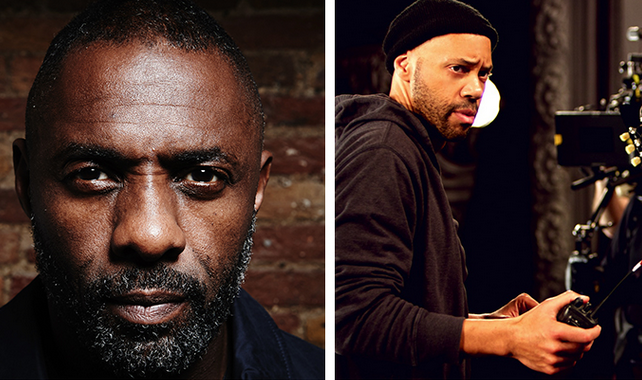 Actor Elba (Luther, The Wire) will co-star in Guerilla, a 6x60mins love story from Ridley set to a backdrop of political unrest and militancy in 1970s London that will air on Sky Atlantic in the UK and Showtime in the US.

Fifty Fathoms stablemate Endemol Shine International and ABC Signature will share international distribution rights to the show, which goes into production in London this summer.

“Guerrilla presents characters you will fall in love with but also a world and a part of black British history that is rarely tackled in such a bold and compelling manner,” said Sky’s head of drama, Anne Mensah.

Showtime president and CEO David Nevins described Ridley and Elba as “two major creative talents at the top of their game”.

The series follows an British ex-police detective who moves to Canada’s Rocky Mountains and experiences a mysterious family tragedy after clashing with new migrant workers and an oil company.

Sky Atlantic is also getting Riviera, which will debut in 2017. Stiles (The Bourne Supremacy) stars as a newly widowed woman in the south of France, who discovers her billionaire husband was a master criminal and takes over his operations.

Neil Jordan (The Borgias) is co-writing with John Banville (The Sea). The show is based on an idea from U2 manager Paul McGuinness and comes from Archery Pictures and Primo Productions. Jordan, Liza Marshall (Red Riding Trilogy), Kris Thykier (Kickass, Woman in Gold) and McGuinness executive produce, with Sky’s sales arm, Sky Vision, handling distribution.

Four-part Sky 1 series Delicious will see comedian Dawn French starring as a cook from the Cornish countryside whose friendship with her ex-husband’s new wife eventually exposes secrets from the past.

Another new Sky 1 effort is Jamestown, which comes from NBCUniversal International Television’s Carnival Films. Set in the early days of British settlers in America in 1619, it follows a group of women destined to marry the men of a new community.

Lastly, The Last Dragonslayer will be a Christmas effort for Sky 1 based on Tom Fforde’s series of novels. Ricky Tomlinson (The Royle Family) and John Bradley (Game of Thrones) are among the series, which The Best Exotic Marigold Hotel UK indie Blueprint Pictures and GroupM Entertainment.

The show follows an indentured orphan in a fantastical who reluctantly realised she has a magical destiny.

Shooting begins on location this month and will be shown exclusively on Sky’s UK and Ireland platforms.

Today’s commissions mark Sky’s biggest single round of investment in original drama programming, and follow on from high profile efforts such as The Tunnel, Fortitude and The Last Panthers.

“We know our original content is highly valued and a reason why customers choose and stay with Sky,” said Gary Davey, managing director, content at Sky.

“Combining the scale and ambition of our Sky original productions with the best of the US and exclusive partnerships with HBO and Showtime, we believe our customers enjoy a better choice of drama at Sky than anywhere else in the world.”