Asking folks in the kids industry about the biggest challenge they face elicits a range of responses, most of which can be filed into two areas: funding and commissioning, and understanding how to exploit multiplatform opportunities. 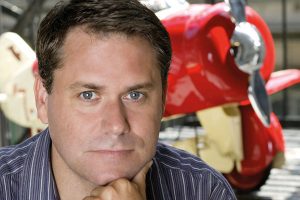 On the financing side, veteran producer and founder of Little Airplane Productions Josh Selig (left) captures the mood of many. “The kids producers must work for peanuts,” he says. “The distributors must work for 30% of peanuts. And the channels are about to become peanut butter.”

Christopher Skala, the former Hit Entertainment executive and founder of next-generation prodco TaDaKids, says the biggest issue is “the complete and irrevocable breakdown of the traditional content-funding model”.

The sheer number of distribution outlets in a multiplatform world, and navigating them, is another recurrent theme. “The biggest issue is where the biggest potential upside is,” says Jean-Philippe Randisi (right), CEO of Zodiak Kids. “Consumers’ access to content is evolving faster than business models, due to technology spreading faster in a global world, which, in fact, shows that communication goes faster than innovation.”

Even the digital players admit that monetising the on-demand world remains a work in progress. The key challenge for the kids business? “Building a sustainable, multiplayer business model outside of the (slowly) declining linear world,” says Nick Walters (left), head of fast-growing SVOD service Hopster. “We’re starting to do that, but there’s a long way to go.”

Navigating the on-demand universe, and getting paid for your content, has become an increasingly complex challenge. “Rights definition is dramatically different than before, and only the most experienced will understand and maximise revenues,” says kids TV veteran and 41 Entertainment boss Allen Bohbot.

Olivier Dumont, managing director of eOne Family, agrees that managing rights is a challenge. “It is the complexity of slicing and dicing rights as new ways of consuming content are being created year after year, and the subsequent challenges that brings,” he says. “I also find combining these different platforms to fund shows is a growing challenge, as platforms are increasingly looking for exclusivity to stand out from their competitors. However, their revenue models are suffering at the same time, so they are not necessarily prepared to pay more for that.”

Asked what the biggest challenge facing the industry is today, Marc Buhaj (left), senior VP, programming and GM of Disney XD, is unequivocal: “Choice – choice for the consumer, choice in the ways you find talent and creators, choices for technology to produce content, et cetera,” he says. “The good thing is that the issue is genuinely a challenge and an opportunity.”

Newer channel operators such as kids wildlife net ZooMoo, meanwhile, claim they can offer greater flexibility than their more established competitors. “As a new channel player, we can be a little more flexible with producers in the way we acquire,” says Catherine Nebauer, general manager, ZooMoo Networks Asia Pacific. “Managing the tension between multiple distribution outlets while still keeping the programming fresh and exciting to audiences will continue to be a challenge to both producers and channels alike.”

If most agree getting a show funded and commissioned has become a more challenging proposition, everyone needs to redouble their efforts to make content a success once something does make it to TV.

The distributors must work for 30% of peanuts. And the channels are about to become peanut butter
Josh Selig, Little Airplane Productions

“That’s when you and your network have to throw everything you have at your show – a good marketing budget, promotions and a brand strategy – in order to get noticed and succeed,” says Halle Stanford, executive VP, children’s entertainment, The Jim Henson Company.

TBI Kids Survey 2016: will the main channels continue to dominate

TBI Kids Survey 2016: what is the most impressive kids show out there today?

In the current environment, the expectation might be that fewer companies would attempt to achieve the increasingly difficult task of getting new content on TV, but that is not the case, and that means more work is now required early in the process.

“Most channels have a diminishing acquisitions budget and want reassurance that their viewers will react favourably to any new show they may have prebought,” says Alison Warner, vice president of IP sales and acquisitions, Technicolor Animation & Games. “Only by creating a fully developed and thoroughly planned series can you alleviate these challenges.”

He acknowledges producers are in a tight spot, but urges them to resist the temptation to give away content just to get on air.

“Many TV channels are nowadays getting their programmes for free because producers and distributors are so desperate – and on top of this, [some buyers] even ask for a share of revenues from worldwide exploitation,” he says. “I urge the creators, producers, distributors and channels to reconsider that policy. Instead, they should be braver and try to come up with 6-9-plus shows, whether live-action or animation, as the market offers very little for those groups.”

Another point is that producers are not only competing with ever more new product, but also with older content that’s not going away. “There are more outlets and platforms than ever before, and the amount of available content has grown exponentially in recent years,” says Christopher Keenan, senior VP, content development and production, at Mattel. “Add to this the accessibility of library content, and we’re all virtually competing with everything that’s ever been made.”

Actually ascertaining what kids are watching in the multiplatform world is another issue.

“Lots of viewing is not measured, or if it is measured, it is not public data and the different measurements are not comparable,” says Dominic Gardiner (left), the founder of indie distributor Jetpack. “Without good measurement, how do we know what kids really like or want in the future?”