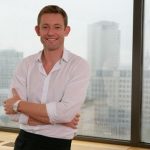 The director of drama at ITV is leaving after 16 years at the UK broadcaster.

He has been with ITV for 16 years, but joined the network commissioning team in 2008 as head of drama series, where he oversaw a slate including Foyle’s War, Law & Order UK and Midsomer Murders, and soaps Emmerdale and Coronation Street, which he had previously produced.

“ITV is going through a period of change now, which affords me the perfect opportunity to move on to new adventures,” said November. “I wish ITV drama every success in the future.”

“I’d like to thank Steve for all his work as director of drama and particularly for the raft of upcoming dramas on ITV which look as strong as ever,” said Lygo. “His contribution to the success of ITV over many years has been huge and I wish him all the best for the future.”

The sweeping changes at ITV have come after a upturn in fortunes under CEO Adam Crozier in the past six years, with focusing moving from broadcaster ad revenues to international IP ownership.