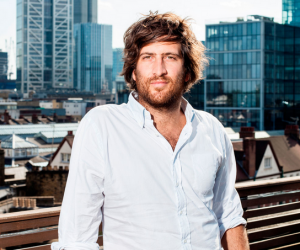 The deal, financial terms of which were not revealed, follows a four-year relationship between the pair, who share the same DNA as youth-focused media brands. TBI understands the acquisition materialised in recent weeks.

Pulse, which Thomas Benski (pictured) and Marisa Clifford launched in 2005, will continue to operate as an independent following closure of the deal. It has offices in London, LA, New York, Paris and Berlin; and is behind television series such as Pineapple Dance Studios.

“Pulse are one of the few companies in the world that consistently produces content we admire,” said Vice co-president Andrew Creighton. “Thomas has built an incredible team and company based around making stories that have a point of view and style that actually move audiences. Vice’s acquisition of Pulse is a natural step in a relationship that has been enormously productive for both companies.

For Vice, the deal comes as the US-based media group launches its new linear channel, Viceland, around the world. The firm said Pulse, which has significant assets in branded content and creator-led production, would give it access to a “formidable talent network” and allow it to grow its original video strategy across mobile and digital platforms.

Vice has benefitted from investment from traditional media groups such as 21st Century Fox, The Walt Disney Company and A+E Networks, the latter of whom helped launch Viceland in the US.

Pulse, meanwhile, has been expanding following the hire of Patrick Vien as president, adding former Fresh One boss Roy Ackerman as managing director of its television division, which has projects in the works with broadcasters in the UK and US. It also formed East Entertainment with ex-Objective Productions exec Nathan Eastwood.

Vice said Pulse had produced “over 200 projects” across platforms in the past year, and added the purchase would allow the latter to “escalate its scripted output across film and TV”.

The existing strategic relationship with Vice had helped Pulse break into the US. In an exclusive interview with TBI last year, Benski said: “We are more talent-focused than Vice, and there’s a good distinction between us, but there’s also a good simpatico and a shorthand that doesn’t happen a lot between different companies.”

Vice was advised on the transaction by the Paul Weiss law firm and Mathias Gentle Page Hassan LLP, with Wiggin LLP and Davis & Gilbert LLP doing the same for Pulse.