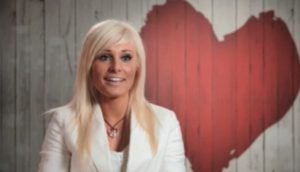 The network has commissioned Warner Bros. International Television Production New Zealand to create the local version, which is currently casting.

The Australian First Dates, which goes out on Seven Network, has been a ratings success and is soon to go out on TV2 in New Zealand.

The fixed-rig format watches complete strangers on first dates in a restaurant in which anyone could end up on screen.

Channel 4 in the UK first commissioned Warner Bros. Television Production UK-owned Twenty Twenty to produce First Dates in 2013, and it has grown into a significant hit for the pubcaster.

Warner Bros. has since sold it to various territories around the world, including in Canada on Slice and the US on NBC.

“First Dates is not only one of the most authentic dating shows ever produced, it is addictive television that has had huge success in the UK, Australia and all around the world and we can’t wait to bring a local version to TV2,” said TVNZ’s general manager of commissioning, production and acquisitions, Andrew Shaw.

The New Zealand version will air later this year.