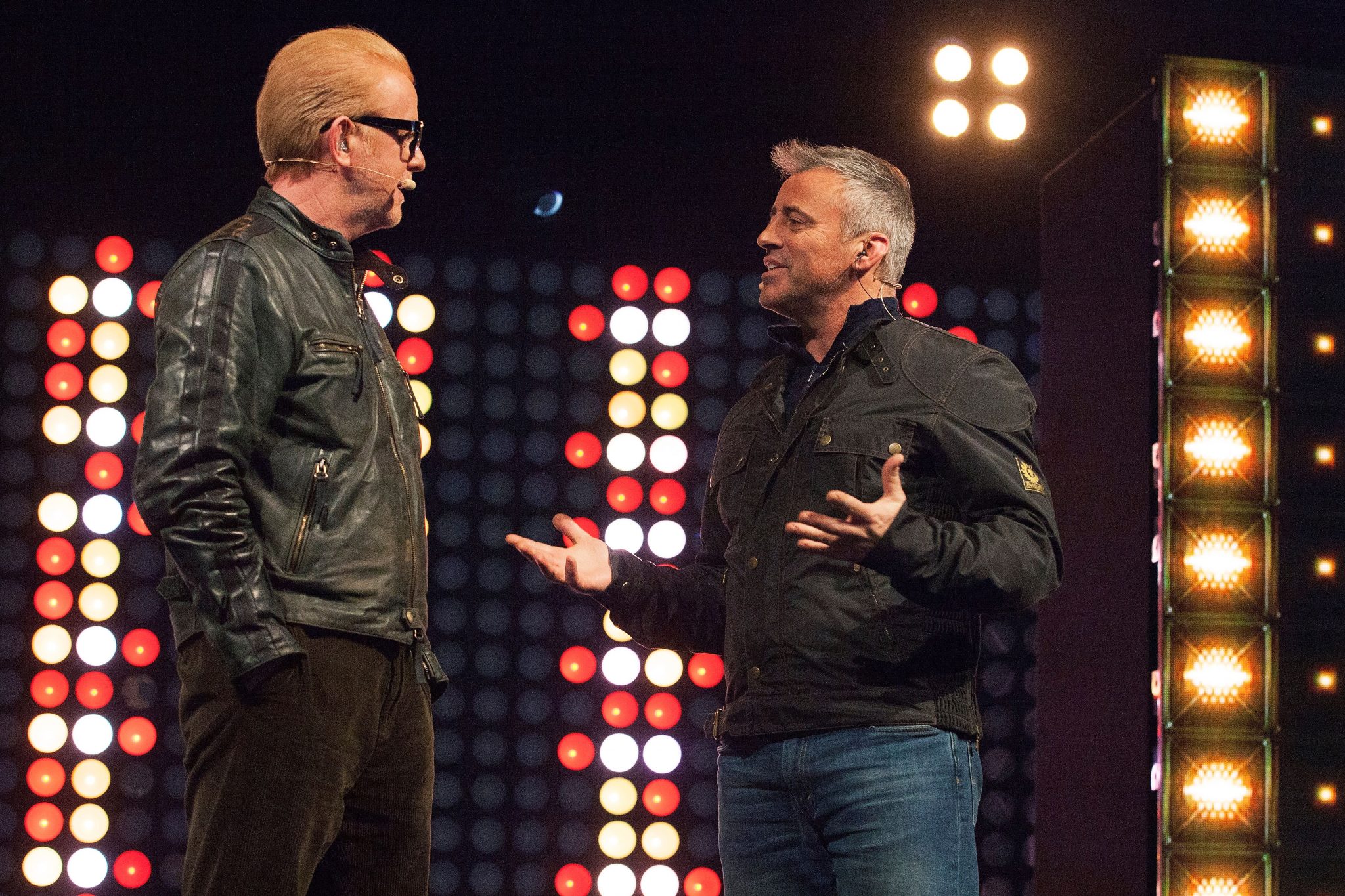 Evans and LeBlanc (pictured above) were at BBC Worldwide’s Showcase event in Liverpool to promote the reboot of the popular motoring series and to meet international buyers of the series, which is one of Worldwide’s biggest sellers.

Evans, who was announced as the lead presenter of Tope Gear following the departures of Jeremy Clarkson, James May and Richard Hammond, told TBI: “In the past it has been make a British show and it has then been picked up by the rest of the world, but we’re after that fact so we have to bear in mind it is a global show and a British show.”

“Its DNA will be in Britain and it will have that British voice, but now we have Matt LeBlanc on board. One of the reasons that I was so grateful to him for saying yes is the global nature of the programme.

“When we announced Matt was on we got so much comms from around the world; Matt had earned his money on day one because by signing him you get the message out there: here is someone who is an international superstar, and who has been for a long time.”

The team said new season of the motoring show will take in trips to locations including Cuba, California, Italy, Kazakhstan, Italy and Morocco.

LeBlanc said he was aware of the global nature of the show. “I have been part of a big show before,” he said. “The making [of the show] it is small and intimate, and then it goes out and is a big global thing.”

Evans added that he had spoken to the previous Top Gear team, who are making their own show for Amazon Studios, and they had given him tips.

LeBlanc said the team were not concerned about competition. “There’s enough room for two or more car shows,” he said.

Another of the new presenters told TBI that the new Top Gear would better embrace digital platforms. Chris Harris, who has built a following on YouTube as a car reviewer, said: “It makes sense we continue this content though a longer tail and continue it on the web where Top Gear has enormous reach through the likes of YouTube and Facebook. It’s potentially very exciting.”

The new presenting team have suggested they would not attempt a complete format reinvention, for the first season at least. “If you buy a great old house you’d e really stupid to knock it down – you take the best bits and maybe give it a slight modification,” Evans said.

“The thing is you have to do the first series to really know where we are with the programme. First of all you buy a plane and learn how to fly it before doing a loop the loop – so we are going to keep out loop the loops for the second series.”

“It wasn’t broken; you don’t need to fix it,” added LeBlanc.