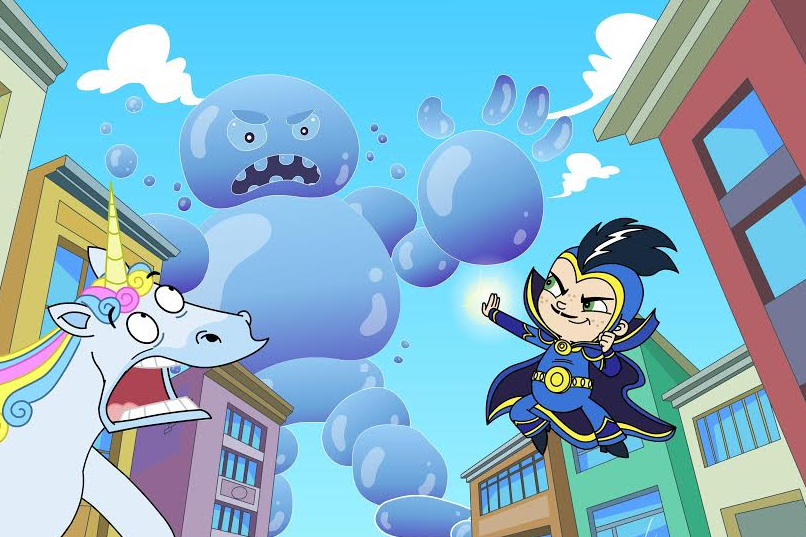 DHX Media is putting all of its production assets under a new banner, DHX Studios.

The Canada-listed kids TV giant building a 60,000-square foot studio in Vancouver, which will house its 700-strong team of creatives.

DHX produces, distributes and runs kids channels, and said the new studio space will be complete by end-2016.

DHX Studios will unite all development, production and interactive activities in one division. It will work across animation and live action.

Asaph Fipke will be chief content officer, and Ken Faier senior VP and general manager of the new unit. They report into DHX Media president and COO, Steven DeNure, who said: “The reorganisation of this business unit cements DHX Media’s dedication to producing outstanding original content.”

“We’re excited to launch DHX Studios under this strong management group, and to be bringing our 2D and 3D Vancouver animation teams together into one facility,” he added.

“The formation of DHX Studios integrates the expertise of our creative teams in Vancouver, Toronto and Halifax and allows us to push our industry’s standards for creative excellence,” said Fipke.

“We’re proud to be producing the highest quality animation and live action in the industry, and continuing our work with top content creators in the kids and family business.”

Live-action offerings include Degrassi: Next Class. New series in production or development include Airmageddon, Cloudy with a Chance of Meatballs, and Stephen & Lucy Hawking’s Secret Key to the Universe.