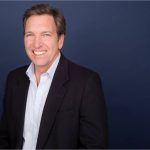 Court, who led Zelnick Media Capital’s investment in Canada’s 9 Story and helped finance the subsequent acquisition of Ireland’s Brown Bag Films, is executive director of Tin Roof, and will become chairman of Blink. He is also the co-founder of Toronto-based reality and scripted producer Peacock Alley Entertainment.

Wace, who stepped down as CEO of UK-based Two Four when it merged with Boom Pictures in October 2013, will become a non-executive director of Blink. Two Four has since sold to UK broadcaster ITV.

Ogilvie was a founder and director at UK-based Contender Entertainment, which initially sold Peppa Pig before being sold to eOne in 2007. Ogilvie left eOne two years ago in a management restructure and now becomes Blink’s CFO.

Blink’s senior team – Dan Chambers, Justine Kershaw and Sarah Sapper – will remain in place and continue to run the firm on a day-to-day basis.

“This investment is a fantastic opportunity for Blink to fulfill its true potential, building on the success of series like The Brain to become a key producer of premium factual content on both sides of the Atlantic whilst broadening in to new genres of factual programming,” said co-founders Chambers and Kershaw in a statement.

According to Tin Roof backer Rockpool, the company has been set up to “acquire profitable factual TV production and distribution companies and invest in growth towards an exit in four to five years”.

Rockpool, which is run by private equity banker Matt Taylor, is investing in “profitable” factual production firms on four to five year time-frames.