Kevin Lygo is to become UK broadcaster ITV’s director of televison after current incumbent Peter Fincham decided to step down. 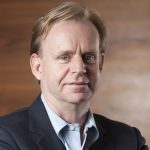 Lygo (left) takes on the post after five years at ITV’s production division, ITV Studios, with Fincham (below, right) potentially returning to the indie sector.

ITV Studios UK managing director Julian Bellamy (below, left) will succeed Lygo as MD of ITV Studios. There will be no direct replacement in the UK, as it is felt internally that Bellamy has the established relationships to run both the local and international businesses.

Meanwhile, ITV chairman Archie Norman is reportedly stepping down six years after arriving to help CEO Adam Crozier turn around the fortunes of the then-ailing network. Crozier is expected to remain with ITV  for “at least two more years”, according to the Financial Times.

The development is the latest top-level exit at a UK broadcaster, coming after BBC’s director of television, Danny Cohen, and Sky’s director of entertainment channels, Stuart Murphy, both left their posts last year. It also follows the announcement Tim Hincks is leaving Endemol Shine Group, where he is currently president.

The ITV changes take place on February 1, with Fincham remaining with the listed broadcaster until March to complete a handover. 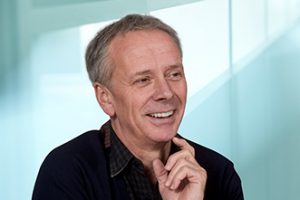 “This is a personal decision that I have been thinking about for a good while,” said Fincham. “By the time I leave at Easter I will have been a channel controller at the BBC and ITV, amazing as it seems, for eleven years. Quite simply, it’s time to do something different.”

Fincham joined ITV as director of television in May 2008 and went on to commission shows such as Downton Abbey, Broadchurch and The Only Way is Essex.

Before ITV he was controller of BBC One, having first made his name in the 1980s as managing director of Talkback Productions, which is now part of FremantleMedia.

Lygo, meanwhile, joined ITV from Channel 4, where he was director of television from 2003 to 2010. He also spent two years at Channel Five and had a previous spell at Channel 4 as head of entertainment.

New ITVS boss Bellamy joined ITVS UK in 2014 after three years at Discovery Networks International as creative director of commissioning. Before that he was head of programming at Channel 4, and ran BBC Three and E4. 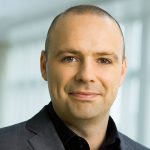 ITV CEO Crozier revealed Fincham had handed in his notice last September. “He and I have worked closely together since I joined ITV and he has been a great creative partner and has led a brilliant creative transformation of ITV’s programming, launching some of the biggest shows on British television,” said Crozier.

Fincham said of his next post: “I haven’t made any firm plans for the future yet, but I wouldn’t rule out a return to the indie sector – I ran TalkBack for a lot longer than I’ve been on the broadcasting side and that indie heart has never quite stopped beating.”

Crozier added that Lygo was “perfectly placed to lead the commissioning team as we enter this next exciting phase” and noted Bellamy’s experience of the US market while at DNI made him a strong candidate to run ITV Studios.