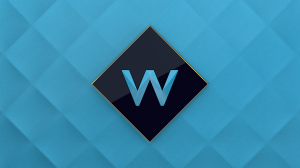 The female-focused channel, targeting 30-39 year-olds, will air a mix of original shows such as ON, an authored documentary strand featuring films by radio DJ Sara Cox, musician Sophie Ellis-Bextor and journalist Grace Dent; Get Me to the Church, a new factual entertainment format; and Nev’s Indian Call Centre, a spin-off of BBC Three show The Call Centre.

Other content on the channel includes medical drama Code Black, true-crime show Criminal Minds: Beyond Borders and police procedural CSI:NY, and UK soap Eastenders on the same day as its transmission on BBC One.

“We have a treasure trove of compelling original commissions, our own crown jewels. Plus the gold standard of US acquisitions, combined with the best shows from the BBC. We want to dazzle our viewers and have evolved and honed this entertainment channel, building a schedule thatentertains but never patronises,” said Steve North, W’s general manager.

“W’s programming includes our new authored documentary strand, which covers modern life in the digital age – from dating and friendship, to the cult of celebrity. We also have shining, new entertainment properties that focus on key life moments, like getting married [Get Me To The Church] and buying a first home [Honey I Bought the House] as well as one of the nation’s favourite dramas, EastEnders, on air just a few hours after its BBC One premiere as well as bringing back the omnibus. The peak W schedule will include a host of glittering US series.”

UKTV is a BBC Worldwide and Scripps joint venture.