My Kitchen Rules drawn up for UK network 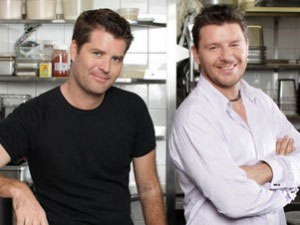 The network has commissioned a 30x60mins version of the show, My Kitchen Rules UK, which Network Seven-backed prodco 7 Wonder Productions will produce.

Sky Living ran the show, which has been a huge hit for Seven in Australia, in the UK for one season last year, with FremantleMedia-owned Boundless attached as producer.

There are international versions of My Kitchen Rules in Serbia on B92, Russia on Ren TV and New Zealand on TV One. Endemol Shine International sells the show on the global market.

Steve Jones will present the new British version, which will give pairs of amateur chefs the chance to win £10,000 (US$15,000) by putting on the best pop-up restaurants in their homes.

Syeda Irtizaali, Channel 4’s commissioning editor for entertainment, ordered the show. “My Kitchen Rules UK will inject real glamour, entertainment and competitive edge into the world of Britain’s greatest home chefs as we ask, could you take the pressure of transforming your home into a five star restaurant for the night,” she said.

The show, which Eve Kay will executive produce, will debut later this year.