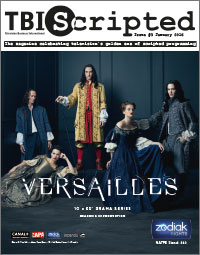 SVOD drama: Netflix and its SVOD counterparts have turned the TV drama world on its head. Whereas the Holy Grail was once a US network commission, now a global order for Netflix, or an Amazon pilot, is becoming the greatest prize