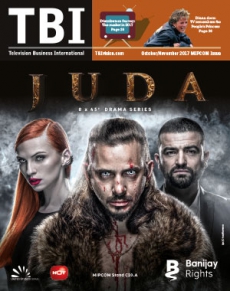 Distributors Survey 2017 Top distribution companies share their views on the issues in the industry today, from financing to the never ending rise of the SVOD players

The TBI Interviews: US cable leaders Kevin Kay on the Paramount Network; Courteney Monroe on building the National Geographic brand worldwide; and Starz CEO Chris Albrecht on the Lionsgate merger

Diana docs A host of documentaries exploring the former Princess Diana’s life and death on the 20th anniversary of her passing have hit the market, as Kaltrina Bylykbashi reports

Fighting the pirates Piracy is evolving and becoming more dangerous to the international television business than ever. Robert Shepherd reports on what the industry is doing to react

The VOD story The Content Research Company’s John Morris breaks down what’s driving on-demand services, the models they’re using and how this varies across the world

Territory guide: Argentina Everyone’s keeping an eye on Argentina as shows such as El Marginal and Supermax make waves on the international market