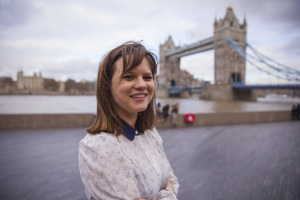 The UK-based company, which is being run by former Zodiak executives David and Matthew Frank, has also upped Josh Vince to product manager.

TRX has yet to go live, but has been in extensive beta testing and has been staffing up ahead of launch.

Cat Davie was head of legal and business affairs at Endemol Shine International before joining TRX. She has also worked at kids producer/distributor Hit Entertainment.

Josh Vince’s role is a new one at TRX and he will be part of the TRX team heading to ATF this week to meet potential partners. David and Matthew are also attending the Singapore market.

Matthew Frank said: “We are very aware of the growing importance of the Asian market and that’s why we’re thrilled that ATF is our inaugural market.”

He added: “As we continue to secure rights listings from some of the world’s most high profile distributors and rights holders, we’re pleased to welcome Cat to the team with her vast experience, and to promote Josh to a role he has built himself and truly made his own. “

TRX closed an investment round of $2.6 million, bringing the total investment to $4.5 million, earlier in 2015. There is no official launch date, but the TRX platform is expected to go live ahead of MIP TV in April next year.