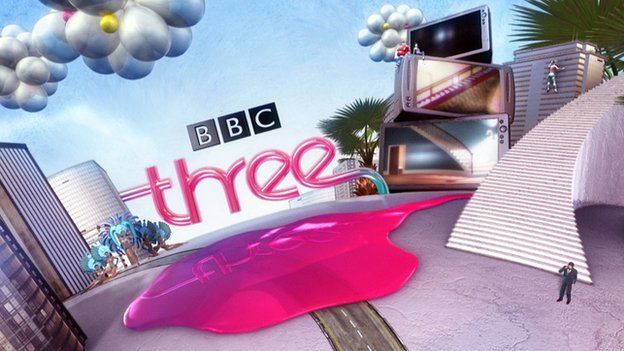 The BBC Trust has approved plans to close down BBC Three as a broadcast channel and move it online, with closure to be phased in over the first two months of next year, and has set out a number of conditions to ensure that younger UK audiences continue to be well-served.

There will be a phased migration online from January 2016 until the end of February 2016, using the vacated distribution capacity as a promotional transitional channel to run alongside BBC Three Online in that period.

The Trust concluded that that there is “clear public value” in moving BBC Three online, saying that independent evidence shows younger audiences are watching more online and less linear TV.

In addition, BBC One and Two must offer distinctive programmes designed for younger audiences, including the long-form BBC Three programmes.

The Trust has also added a requirement to the service licences for BBC One and Two to ensure continued creative risk-taking and experimenting with new talent and ideas.  The online BBC Three will also be required to have the same accessibility standards as the TV channel, wherever practicable.

The BBC Trust has also approved plans to extend the hours of CBBC to 9pm, and to develop iPlayer beyond a catch-up service, to include online-first and third party content. The body also confirmed its rejection of the BBC’s plan for a one-hour time-shifted version of BBC One.

BBC Trustee Suzanna Taverne, chair of the Trust’s services committee which led the assessment of the proposals, said: “The decision to close a TV channel is a difficult one, and one we have not taken lightly. The BBC must adapt with its audiences; the evidence is very clear that younger audiences are watching more online and less linear TV.

“The plans enable the BBC to deliver more distinctive content online, while bearing down on costs; to address concerns about the impact of moving BBC Three online, we have set new requirements for programmes for younger audiences on BBC One and Two.”

BBC Three controller Damian Kavanagh welcomed the decision, claiming the move was “just the beginning” the channel and for plans “to transform our offer for young people”.

“Technology has changed and what young people want has changed so we are changing to give young people a BBC Three that fits their lives today and in the future. We will now set about launching a digital first BBC Three in early 2016,” he added.

Writing in a blog post after the announcement, he said: “Much has been written since we outlined our plans last December with passionate campaigns from industry and audiences. There has also been misunderstanding so I want to set out clearly what we are doing so there is no confusion.

“BBC Three is not closing, we are reinventing online. We will not be a scheduled 7pm to 4am linear broadcast TV channel, but we will be everywhere else giving you the freedom to choose what to watch when you want. We will be available on BBC iPlayer on connected TV’s and via set top boxes and consoles like the PS4 so you can watch on a big TV with friends, if you want. We will be on mobiles and tablets so you can watch on your own in the bath, if you want.

“The truth is we will be available to you in more places than ever before including linear TV. All our shows will be on BBC One or BBC Two so you can watch on traditional TV, if you want.”

Industry reaction was mixed, with one programming source saying BBC Three’s commercial rivals would be delighted with the news, noting: “ITV2 has already got Family Guy“. An independent production source, however, said the announcement was a “good thing for indies” and that it was a “sensible move”.