Nat Geo shakes up management as Fox takes over

21st Century Fox has completed its deal to take control of National Geographic and rejigged its senior management. 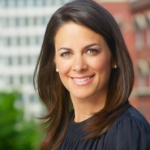 Courteney Monroe (pictured) will become the international channels chief under the new structure and Fox International Channels exec Ward Platt will be in charge of channel distribution and commercial activity.

Fox announced in September that it planned to take control of Nat Geo, forming a new group, National Geographic Partners.

Widespread job cuts at Nat Geo were then announced earlier this month, with 10% of the 2,000-strong workforce facing the axe.

Courtenay Monroe becomes CEO of National Geographic Global Networks. She is transitioning from CEO of Nat Geo Channels US and in her new role will oversee programming, marketing and operations at the portfolio of international channels, which includes the core National Geographic offering as well as Nat Geo Wild, Nat Geo People and Nat Geo Mundo.

In other changes, Susan Goldberg being given an expanded role as editorial director, overseeing all publishing activities, and Jeffrey Schneider takes on executive VP, business and legal affairs for the new group having formerly had the same role at Nat Geo Channels.

“Upon completing the transaction to form National Geographic Partners, we are thrilled to bring these incredibly talented executives to the senior leadership team,” Nat Geo Partners chief Moore said in a statement.

“We’re excited to officially begin our journey to bring a new and integrated National Geographic experience to people worldwide, and I look forward to partnering with Ward Platt and working with Susan Goldberg, Courteney Monroe and Jeffrey Schneider to share the National Geographic mission with an even larger audience.”

Nat Geo Channels International executive VP and head of content Hamish Mykura remains in his post after the restructure.

Monroe is expected to make further management changes as she takes over the international operations.

Nat Geo said yesterday that it will continue to operate its programming hubs in London, New York and Washington and that National Geographic Studios will continue to be its in-house production unit.