Vice-branded A+E channel due next year

The planned rebranding of A+E Networks’ H2 channel as a Vice Media-branded proposition is expected to happen early next year. 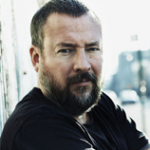 According to various US reports, an announcement confirming a cable network that will be carried in 70 million homes is expected today.

The plan came to the fore after A+E invested US$250 million in youth news and entertainment group Vice for a 10% stake, with reports claiming the former will use new capital from joint owner Disney to buy another 7% and bring its overall stake to 20%.

The early 2016 debut date was mooted earlier this year, with carriage deal negotiations on-going since then.

Vice, which has built its brand by catering to advertiser-enticing 18-34 demos, is expected to independently oversee the editorial of the new channel.

Last week, the company revealed it was launching 12 channels across Europe and the US, exclusively programming each with its own content.

Besides the Disney- and Hearst Corp.-owned A+E, Vice’s investors include 21st Century Fox.

The rebrand will mark the second A+E network to change identities under CEO Nancy Dubuc, who ordered Bio’s transformation to FYI.