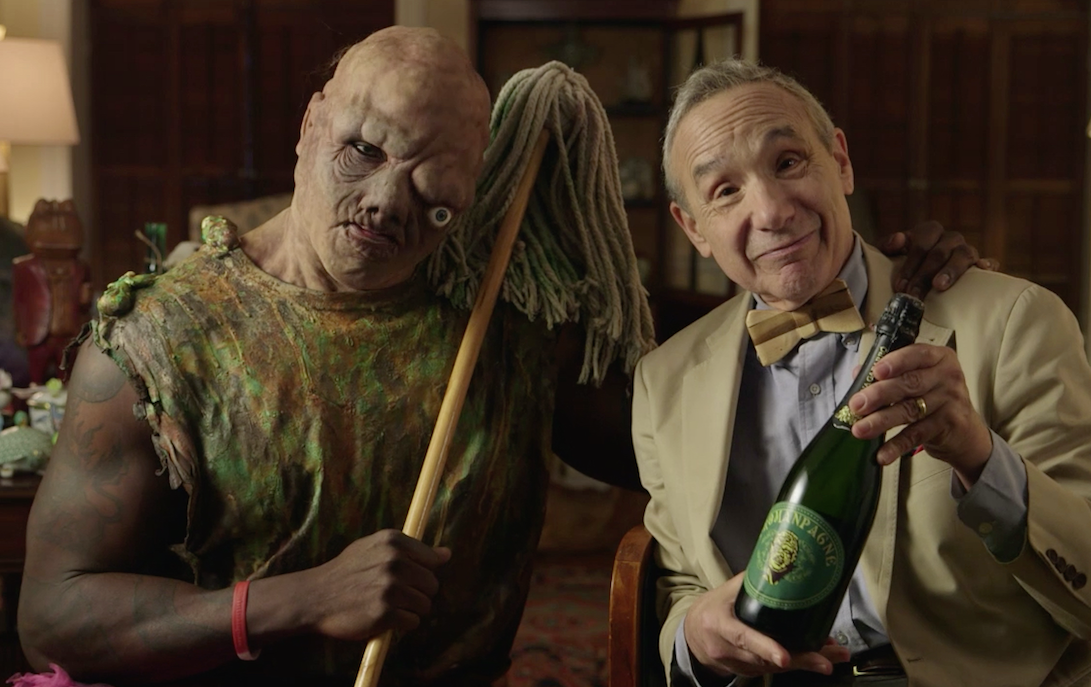 Kaufman is known for his legendary B-movie production company, Troma Entertainment, and as the creator of The Toxic Avenger. He will curate a Lloyd Kaufman Presents… section on Frightpix.

This will comprise 20 of his favourite horror movies, which will be available to stream for free on Roku, Xbox 360, mobiles and via the internet.

The series will include five Troma fives, which are known for farcical mixing 1950s gore horror with social commentary. Kaufman (right) and his movie famous monster, Toxie (left), will preface each with a personal video introduction.

“Frightpix has a lot of quality, unconventional horror films,” said Kaufman. “This selection of titles ranges from very serious, controversial films such as The Woman to obscure titles like Snow Shark to campy classics including Troma’s Class of Nuke ‘Em High.”