Days into her new job as Discovery’s international content supremo, Marjorie Kaplan tells Stewart Clarke about the challenge ahead and her vision for creator-led content.

Discovery says Kaplan’s role is a new, wider, programming position and not a like-for-like replacement, and she will oversee programming for all of the DNI channel brands across linear, digital and free TV.

There is little concern Kaplan will struggle to adapt to Discovery’s corporate culture, with almost two decades of experience working for the company in the US, running nets including Animal Planet, TLC and Velocity. She joined DNI president J.B. Perrette on stage during his MIPCOM keynote earlier this month (see below), and TBI caught up with her the next day for a full interview.

Kaplan and other non-fiction bosses face a dilemma. While the industry talk is about the end of a cycle of highly-structured reality formats focused on big (often bearded) characters doing tough jobs in remote locations, these shows still work with some segments of the audience, and by extension advertisers, who welcome the broad viewership. However, as these programmes become increasingly derivative and the numbers less compelling, one new direction Kaplan will be taking DNI is into ‘creator-led content’.

“I’ve been thinking about this for a while and I feel very strongly about it,” she tells TBI. “People talk about ‘creator-led’ content in drama all of the time. The most interesting content in that world is idiosyncratic, and you can feel the creator at the heart of it. You see it in the indie doc world too, but on television there hasn’t been anybody talking about it, and I think there is a content opportunity in that.

“There are brilliant creatives and auteurs in the non-fiction world and that is one of the things that is particularly exciting about the international production community – I think there is a little bit of track-record here.”

“People talk about ‘creator-led’ content in drama all of the time. You see it in the indie doc world too, but on television there hasn’t been anybody talking about it, and I think there is a content opportunity in that

Kaplan comes to the table with the financial firepower to deliver on her programming plans, and a greenlight at the corporate level to take DNI’s programming to a new level. “We in the international business spend about US$1 billion on content, [and] we probably spent 10% of that five years ago,” Perrette said during his keynote.

The DNI boss went on to say the emphasis has shifted, in programming terms, from a US-to-the-world model of creating and distributing programming. “Our model for thirty years was driven by one pillar: to develop in the United States, export to the world, and [then use] language reversioning to make the content as local as possible. But great creative ideas are coming from everywhere and, as we think about the next thirty years of Discovery, we want to move the model to develop locally, and take [that content out] globally or regionally.”

The creator-led piece, meanwhile, will noy work with all DNI content. “Not every production or producer will want to do that and sometimes it is a matter of the right person and the right project,” says Kaplan. “I also want loud and noisy formats, not that a format can’t have creative point of view, but different genres have different needs. Some slots want something [creator-led] and some don’t.”

The new DNI programming boss highlights a show from her days running Animal Planet as a good example of creator-led programming, the Half Yard-produced series The Last Alaskans.

Amid a raft of programming about the Alaskan region and its inhabitants, its creative point of view differentiated it, says Kaplan.

“Having seen that programme, I can look back at some other shows that are strong and see they are the same, creator-led content,” she says. “There’s a creative point of view at their heart, it is more than just being ‘real’. The web is real [think user-generated content], television has to be different.

“When you look at reality, nothing is more real than what someone has shot on a handheld device with that raw quality,” she says. “The question is, ‘what TV can bring to that in terms of an artistic, creative and distinctive point of view?’. We do have to be careful as it could end up getting very rarefied and what we want will always be a commercial proposition, but it is exciting to think about how you can do that.”

So does the emphasis on the vision of non-fiction producers mean the channel execs will step back and give the producer free reign? Is ‘creator-led’ content about relinquishing control?

Not entirely, according to Kaplan. “It is not about stepping back, it is about the kind of partnership you create,” she says. “The role of the network executive can be extremely valuable in the creative relationship because you are not the person sitting in the edit room, the person who filmed every shot. You have that fresh ‘audience perspective’, and then your job becomes not saying what to do, but challenging what to do. To me that is a baseline in a good relationship anyway between a network and a production company or creator, but I think [the creator-led approach] puts a premium on that partnership.” 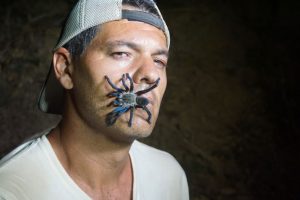 Shows like Wheeler Dealers out of the UK or Wild Frank out of Spain have travelled from their domestic homes to the US or other international nets, but Kaplan has a remit to better coordinate, and boost the volume, of content from the DNI business. As such she will assume a pivotal role in the international non-fiction world, and be a key contact for producers and is keen to extend her contacts base.

“I have worked with many, many international producers, but I do want stronger and deeper relationships with that community,” she says. “Without a doubt there is an opportunity for international content to be bigger, better known and more used internationally, and to make its way to the US. We have really talented creative people working in Latin America, in Italy, in the Nordics and in the UK and I want them to be able to pick up the phone and say they just saw the most exciting project.”

Kaplan can facilitate these creator and their ideas with the right contacts in the US, ensuring the project reaches its full potential and also works both locally, internationally and in the US.

“Without a doubt there is an opportunity for international content to be bigger, better known and more used internationally, and to make its way to the US”

With creator-led programming in the works and planning starting on what content will accompany the Olympics now that Discovery has a the rights in Europe, Kaplan says she is sending out an “invite to talented creators”. Producers should RSVP to that invite. Not least as DNI is making a billion-dollar content play and Kaplan is pulling the strings.