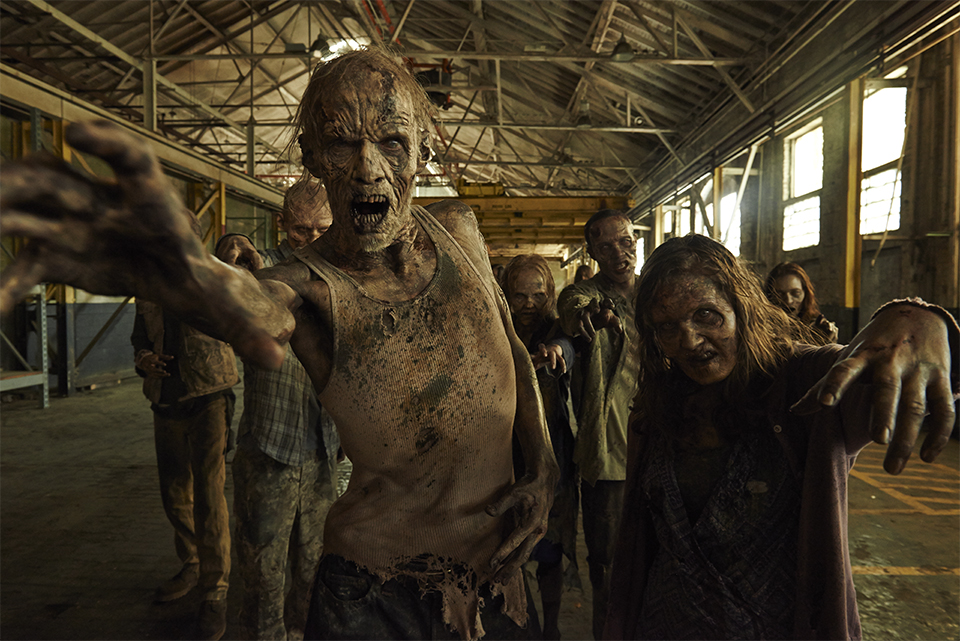 The latest season premiere of The Walking Dead on pay TV channel Fox in the UK was 22 times the regular 9pm slot average.

The overnight figure of 877,000 for season six, episode one, was the highest the Fox International Channels network has recorded. The number was particularly notable as it was up against England’s European Championship football qualifying match on terrestrial broadcaster ITV last night.

Fox said it is expecting a consolidated audience, including repeats, of “well in excess of two million”.

The numbers made Fox the fourth-most-watched channel during the 9pm-10pm timeslot in the UK, behind ITV, BBC One and BBC Four. The audience was also four times the amount of nearest pay TV rival, Discovery Channel, which took 201,000.

Companion talk show The Talking Dead debuted with an audience of 205,000, meaning Fox remained the most-watched pay channel until 11.20pm.

The US ratings are not yet known, but broadcast channel ratings on Sunday were all down significantly, with The Walking Dead attributed as the key factor.