Troy among a raft of BBC commissions

The BBC has ordered several new shows including Fall of a City, an epic period drama about the fall of Troy. 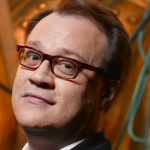 The UK pubcaster also confirmed a 1x90mins TV version of A Midsummer Night’s Dream, with Doctor Who scribe Russell T Davies (left) adapting the Shakespeare play for BBC One.

Troy: Fall of a City will be produced by Endemol Shine-owned prodco Kudos and tell the story of the war between Greece and Troy as seen through the eyes of a Trojan family under siege. The producers would not confirm how many episode the new show will run to.

Charlotte Moore, controller, BBC One, says: “David Farr’s bold and visceral rendition of the 3000 year old story, told across multiple parts and for the first time from the Trojan point of view will be unlike anything we’ve ever seen on BBC One before.”

The dramas were announced as part of the BBC autumn/winter schedule. Other scripted highlights include a Rainmark Films-produced 1x90mins adaptation of ER Braithwaite novel To Sir With Love, adapted by novelist Hanif Kureishi.

Unscripted highlights include 6x30mins Paul O’Grady: The Sally Army & Me, detailing the eponymous presenter’s fascination with the Christian organisation. It will be produced by ITV’s prodco Potato and Olga TV.

Sky-backed Blast Films is also making Saving Lives at Sea, a 4x30mins reality series about the volunteers manning the lifeboats around the coast of the UK.