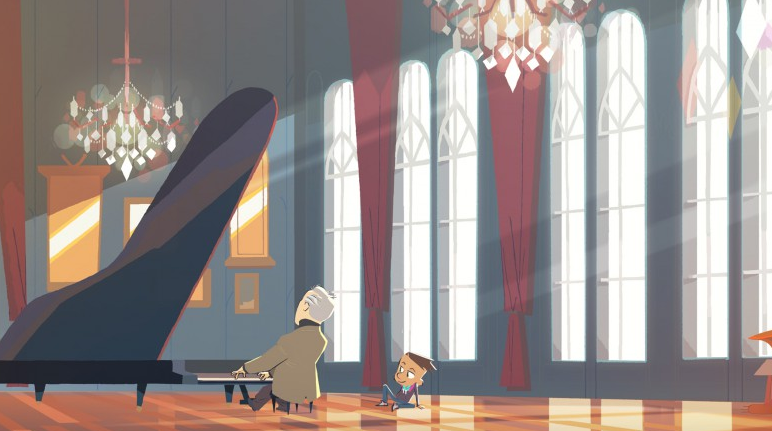 CARTOON FORUM: The usual glut of preschool comedies pitched here in Toulouse have largely been replaced by comedies and cartoons for kids aged between six and eleven at this year’s event.

In total, there are 38 shows being pitched that are classified in the ‘children 6-10’ bracket, with that number rising even higher – 47 – if the ‘9-11’ age group is factored in.

On day one of the event yesterday, a crowd of producers, distributors and broadcasters saw shows such as Max & Maestro (pictured), Frankie and Doris and Abraca, all of which cater to the 6-10 demographic.

Max & Maestro, with a budget of €7 million (US$7.9 million), comes from France’s Monello Productions and Italy’s MP1, and follows a hip hop-loving kid who is introduced to an undiscovered talent in classical music by an older musician, while Frankie and Doris is from UK-based Sixteen South and follows a pair of misfit children who form an unbreakable bond. Abraca is a 26x26mins comedy from French indie Ankama and France Télévisions that has France Televisions Distribution attached.

One UK preschool executive said they attributed the noticeable drop in preschool projects to a perceived lack of preschool slots currently available. “There is a sense of, ‘where do they go?’,” they said.

The pitching Forum, considered a major coproduction financial tool for Europe’s animation producers, kicked off yesterday. Organiser Marc Vanderweyer said in opening comments that 36% of all pitches in the event’s 25-year hostory had secured funding and gone into production, with that number rising to 42% over the past decade.