Apple, Amazon, and the exclusivity paradox 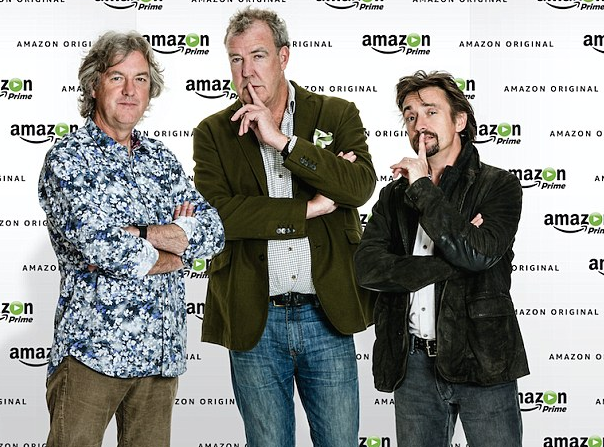 Rob Gallagher, director of research and analysis, media and entertainment at research house Ovum, muses on the reasoning behind and potential impact of Amazon Prime Instant Video’s reported £150 million deal to acquire the service of the former Top Gear presenting trio.

If content is king, then exclusive TV is the king of content. That’s what a media report that Apple has held discussions with Hollywood executives about producing original video would seem to confirm. It’s a tried-and-tested way to attract customers in the TV world, but Apple, Amazon, and other companies investing in exclusivity should know that it can destroy the value of content too.

One high-level executive cited by Variety states that Apple’s goal is to create development and production divisions that would start producing TV series or movies or both by next year in a bid to compete with Netflix. Other sources described the company’s exploration as more of a flirtation, but one noted that Apple is said to have made an “unprecedented bid” to secure the stars of Top Gear when they left their BBC series earlier this year.

Amazon won the contest for Jeremy Clarkson, Richard Hammond, and James May, with a deal reportedly worth $160m. The trio will make three seasons of a new car show that will be made available exclusively to subscribers to Amazon Prime Instant Video, starting in 2016. Like Apple presumably, the online retailer believes that such content will help attract customers to its nascent service in the face of stiff competition from Netflix and traditional TV.

Will it prove a good buy? Original content has certainly played a major role in Netflix’s success. Shows such as House of Cards and Orange is the New Black have clearly set its offering apart as traditional TV operators have fought harder for exclusive TV and movie rights and upgraded their services to support the same multiscreen features that Netflix pioneered. Amazon will have an added advantage in that the former Top Gear trio’s names and what they do are very well known.

The challenge for Amazon is that Top Gear’s popularity was built on a very different business model to the one the online retailer will employ.

The BBC has grown the Top Gear brand by maximizing its reach, licensing the program mostly to free-to-air and basic pay-TV channels, and extending its content to DVDs, books, and live events. As a result, Top Gear has built an audience of 350 million in 214 territories, earning the broadcaster’s commercial arm, BBC Worldwide, between £50 million-150 million (US$77.1 million-231.3 million) in revenues, according to various media estimates.

Amazon’s strategy will be largely about limiting its new car show to those prepared to subscribe to Prime. The problem is that only a fraction of Top Gear’s viewers are likely to follow its trio of former presenters to the online retailer’s service.

There’s a precedent in the story of UK chat-show hosts Richard and Judy, who went from having millions of viewers on free-to-air TV in 2009 to just tens of thousands on a new digital channel.

“We thought, probably naively, that maybe we could be the first mainstream network act to go to a digital channel and turn it into something that’s growing,” Richard later recounted. “But just before we went on air, the bean counters at UKTV changed their business plan, and it became a paid-for channel so nobody could get it. Our audience evaporated overnight.”

Of course, times have changed, with online technology making new services easier to subscribe to and access. Amazon also boasts a brand, customer base, and marketing resources that the pay-TV channels of old could only dream of. But have viewers changed that much?

As my colleague Charlotte Palfrey observes: “People are quite happy to consume content when they don’t have to do anything out of the ordinary to get it.  When you suddenly ask people to pay for it they will find a way to do without.

“And I think Amazon is likely to find out that people aren’t happy to pay for the Top Gear team’s talents when they had previously been piped into their homes for free.”

Changing – or missing – the point about success in TV?

The requirement for people to pay up, plus the fact that Prime is available only in the US, Germany, and the UK, means that Ovum forecasts that it will have just 16.4 million active users of its video component between those markets by the end of 2016, the year in which the first season of its new car show is due to debut.

The online retailer does plan to launch in Japan next month and is likely to extend the service to other countries, but clearly its car show is unlikely to reach more than a fraction of the audience Top Gear has enjoyed.

Would that make Amazon’s investment in Clarkson and co a mistake? Not necessarily. Part of the retailer’s strategy will be about earning more revenue per viewer from a smaller audience compared with the BBC. A back-of-an-envelope calculation suggests that Prime could be generating over $1.7 billion in annualised revenues from active Instant Video users in US, Germany, and the UK alone by the end of 2016.

And to Amazon, succeeding with Prime will be about more than just TV. It’s about ensuring it’s the go-to place for consumers to buy all manner of products and services. Alongside funding other original TV shows and movies, a subscription includes a music-streaming service, an e-book lending library, and free next-day delivery for physical goods ordered via Amazon.

One way to counterbalance this threat – and grow revenue – would be to extend the car show’s content and the star’s brand to other methods, such as online rentals, download-to-own, physical discs, social media, licensing to TV services in markets where Prime isn’t present, and delayed pay-TV and free-to-air release windows. The challenge would be ensuring the show remains exclusive enough to attract Prime subscribers.

In any case, companies looking to take very public talent like Clarkson private should be very mindful of the fact that traditional TV is the main vehicle that has driven – if you’ll excuse the pun – and sustained their stardom.

It may be, as some cynical observers suggest, that the Top Gear trio couldn’t care less about the oxygen of publicity given the amount of money they are being paid. However, part of me imagines Clarkson in 2020 in a scene reminiscent of a great movie about another period of transition in media’s history, Sunset Boulevard:

Rebekah Brooks (chief executive of the UK arm of Rupert Murdoch’s News Corp and member of Clarkson’s infamous ‘Chipping Norton set’ of friends): “You’re Jeremy Clarkson. You used to be on traditional TV. You used to be big.”

Jeremy Clarkson: “I am big. It’s just the TV platforms that got small.”

In Sunset Boulevard, the egomaniac main character, Norma Desmond, is clearly delusional. Her fame failed to translate from the silent movies to the “talkies.” If anything, the pictures got bigger as dialog brought in a larger and more engaged audience.

For Clarkson, however, the situation would be literal. Amazon and other emerging premium platforms will attract considerably smaller audiences than traditional TV for years to come, no matter how much exclusive content they buy.

Getting the right balance between exclusivity and exposure to ensure financial rewards do not undermine fame will be vital not just to Clarkson and Amazon, but all media players looking to build sustainable audiences and business models.

Clients of the TV & Video channel of Ovum’s Knowledge Center research portal can access its latest online video forecasts broken down by Netflix, Amazon, and over 40 other subscription-based video on-demand (SVOD) service providers for Europe here and the Americas here. Ovum, which is part of TBI publisher Informa, will publish similar forecasts for Asia Pacific and Middle East & Africa later this year. Access this post through the Ovum site here