Satpal Brainch has been named as chief of a new NBCUniversal International distribution and networks hub. 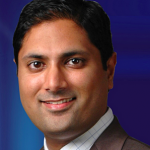 ts creation comes after similar hubs were built in Latin America and Asia, and according to the firm, completes the strategy of multi-regional bases.

He will oversee content distribution and channels across Europe, the Middle East and Africa.

Meanwhile, Carolyn Stalins is relocating from Paris to London to lead content distribution, reporting to Brainch. She was previously MD, southern Europe, distribution and networks.

Both appointments are effective immediately. 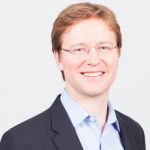 “Evolving our EMEA structure is a key milestone – aligning with our successful approach in Latin America and Asia – ensuring that we are optimally positioned to harness opportunities across the region for both distribution and networks,” said Menendez.

Separately, Don McGregor (right), NBCUI’s executive VP, international distribution, is relocating from London to Los Angeles for an expanded role overseeing sales. He will report to Melendez, and is now to collaborate more closely with product, marketing and research units.

“In over 13 years in London, Don has contributed a great deal to the growth of NBCU International’s distribution business and I know that we’ll benefit from his expanded leadership, based out of LA,” said Menedez.

The changes come after the launch of NBCU International Studios, which houses divisions such as NBCUI Formats.