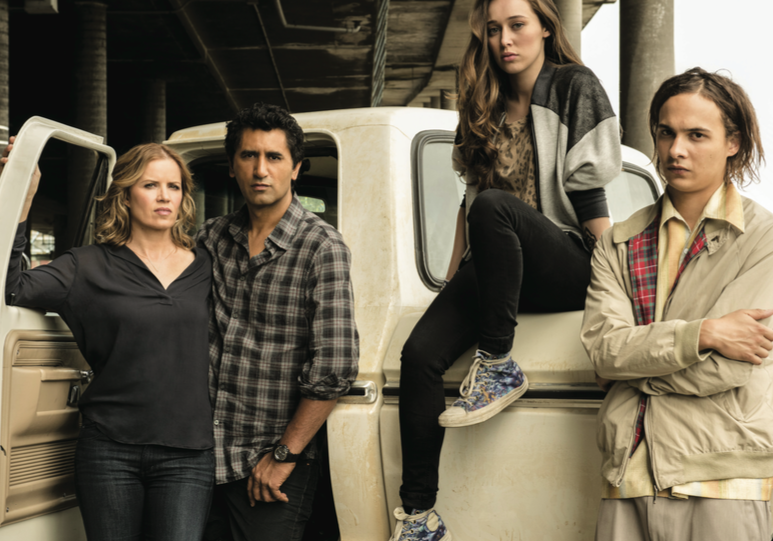 The much-anticipated zombie drama Fear the Walking Dead has gone into the record books after delivering huge debut numbers.

The 90-minute debut episode of the AMC show took 10.1 million viewers, making it the most-watched cable premiere in American television history in total numbers and all key demos, according to Nielsen Fast Nationals data.

In comparison, The Walking Dead, which Fear was spun out of and which is now the most-watched cable series ever, took 5.3 million for its pilot episode. That was an AMC record at the time.

Fear the Walking Dead is set in the same Robert Kirkman-created universe as The Walking Dead, but begins at the onset of the zombie apocalypse and looks at how the unfolding events impact an LA family.

Episode one delivered 6.3 million 18-49s, meaning AMC now has three of the top five cable launches in that demographic, the others being The Walking Dead in 2010 and Breaking Bad spin-off Better Call Saul earlier this year.

“It is increasingly difficult to evaluate a show’s success on night one,” said AMC and SundanceTV president Charlie Collier. “However, we are releasing these live/same day ratings because Fear the Walking Dead delivered record-breaking numbers that are all the more special in this era of time-shifted viewing and audience fragmentation.

“To have a companion series to the number one on television driving communal, urgent viewing, social activity and pop cultural relevance of this magnitude is truly differentiating. Of course none of it is possible without the fans, whose passion leads to these remarkable results.”

Fear the Walking Dead’s first season runs for six episodes, with a second expanding to 15 next year. Episode one launched around the world on AMC channels simultaneously in around 125 territories.

Last week it was revealed Amazon Prime Instant Video had acquired next-day SVOD rights to Fear in Germany and Austria and rights for the UK in 2016.

Season six of The Walking Dead debuts in October, with AMC now waiting to see if it can topple the record-breaking numbers of season five.