US children’s channel Nickelodeon has commissioned a 20-part animated series from The Amazing World of Gumball producers Chris Garbutt and Rikke Asbjoern. 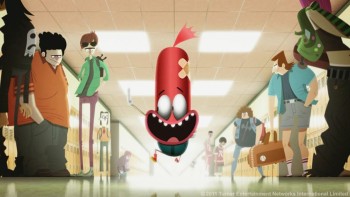 Pinky Malinky is billed as a “social media-influenced comedy”, and will follow the every day life of the titular character, an “infectiously positive hotdog living in a human world who along with his two best friends”.

Pinky Malinky will incorporate elements of mockumentary and reality TV, as the characters will address the camera directly to share their absurd views of life.

Nickelodeon Animation Studios will produce the series in Burbank, California, with the series set to launch in 2016.

“Pinky Malinky will offer original short form videos and content that will be produced in conjunction with the series for various social media platforms,” said Russell Hicks, president, content development and production, Nick.

“In this fast-paced digital age, the online extensions in this brand-new series are another example of how Nickelodeon meets the needs of our kids who want to access content anytime and everywhere.”