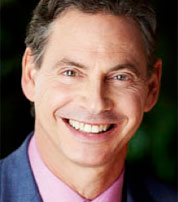 A Keshet spokesperson said it no longer has any projects in development with Rubenstein, and that their agreement had ended, meaning the JV has for all intents and purposes stopped operating.

However, KI will remain active in Canada through its new agreement with scripted-focused producer Facet4. It is also selling formats into the territory, notably closing a deal in January with speciality channel VRAK for unscripted dating format Girlfri3nds.

Keshet Canada launched in mid-2013, with Rubenstein attached to anchor the unscripted-focused venture. However, he took on a president and CEO role at a Canadian skiing body not long after.

KI said the time this would not affect Keshet Canada as it was a essentially an honourary role.

Yesterday, Keshet revealed a new co-development agreement with Canadian scripted indie Facet4. The pact will see the pair look to co-develop projects for the Canadian and international markets.