Discovery Communications is to begin supplying content to an upcoming mobile TV-focused OTT service from US telco Verizon. 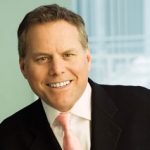 The deal is for both long- and short-form programming from Discovery’s bouquet of channels, the firm’s president and CEO, David Zaslav, revealed during an earnings call yesterday.

“I’m pleased to announce an agreement with Verizon to bring long and short-form content from Discovery Channel, TLC, Animal Planet, ID and the Science Channel, including full episodes of prior seasons of hit shows to Verizon’s US mobile subscribers,” he said.

According to US reports, Verizon’s “mobile-first” video platform will be aimed at cord-cutting millennials and be called Go90. It will reportedly be first launched as an ad-supported free platform.

“This deal extends our platform reach to Verizon customers beyond our traditional pay TV customer base and adds yet another source to our distribution revenue stream,” said Zaslav. “While we drive to extend the delivery of our content to new platforms, we also are working to maximise and exploit our traditional business in the US.”

Go90 is set to launch in beta some time soon, with the company previously suggesting a “late summer” debut. A subscription option is expected to be added, and it will include some exclusive content.

News of the new content deal came as Discovery posted second quarter revenues of US$1.65 billion for the three months to June 30, on net income of US$286 million, which is down from US$379 million the previous year. As with other international media groups posting lower Q2 revenues this week, Discovery primarily attributed the drop to high foreign currency losses as the dollar grows in strength.

Elsewhere in the call, Zaslav said of recent developments: “I believe we will look back on July 2015 as a pivotal month in our company’s history as we announced three transformative agreements: the multiplatform rights to the Olympic Games in Europe for the next decade, the deal to acquire 100% control of Eurosport and lastly, a favourable long-term renewal with Comcast for our US networks portfolio and distribution on the Xfinity Comcast platform.”