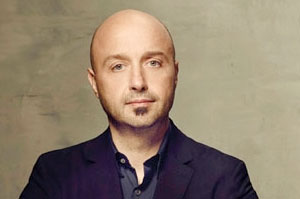 Sony-owned prodco Toro Media will make the Italian Top Gear, which will launch next year.

The show has been one of the top performers for BBC Worldwide, the commercial arm of the BBC, although has often been at the centre of controversy with its outspoken presenting team.

In the UK that team has been replaced after lead presenter, Jeremy Clarkson, was forced to resign after striking one of the production team.

In Italy, the on-screen team will be led by motoring journalist Guido Meda and Joe Bastianich (pictured), until recently a judge on the US version of MasterChef. A third presenter will be added, but has yet to be unveiled.

The finished UK version plays on Discovery in Italy and the UK version is on air around the world.

There are local versions in territories including the US, Australia, South Korea, and since earlier this year, France.

Tobi de Graaff, executive VP of western Europe at BBC Worldwide, said: “We know that Top Gear already has a strong and established presence in Italy with the original UK series and the magazine proving hugely popular.

“Adding a local version to the mix in a country steeped in motoring history will be fantastic for Italian audiences.”

Sky Italia executive VP Andrea Scrosati added: “Top Gear brings together great entertainment with passion and competence for cars and speed, a perfect mix for our subs, that I am confident will be even more successful thanks to the talent of Joe and Guido.”