The Modern Times Group has promoted two of its senior programming execs.

Vanda Rapti (left) is upped to senior VP of acquisitions and Christian Albeck to SVP, content partnerships and operations.

Rapti has been promoted from VP of acquisitions. She buys for a range of free and pay TV channels across numerous territories.

Having joined the MTG legal team in 2003 she moved into programme buying in 2011. 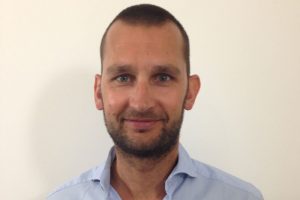 Albeck (right) has worked for MTG or MTG-owned channels since 2002. In his new role he will work on content strategy, partnerships with content owners and also look after development of scripted programming for MTG.

Both execs work out of MTG’s UK base.

“Both of them have also key in shaping the way we acquire and develop content on a global scale.”

MTG also revealed it is evaluating UTH’s offer to buy its 75% stake in Russian broadcast group CTC Media, which is on the block as the result of new laws that limit foreign media ownership to 20% of companies.