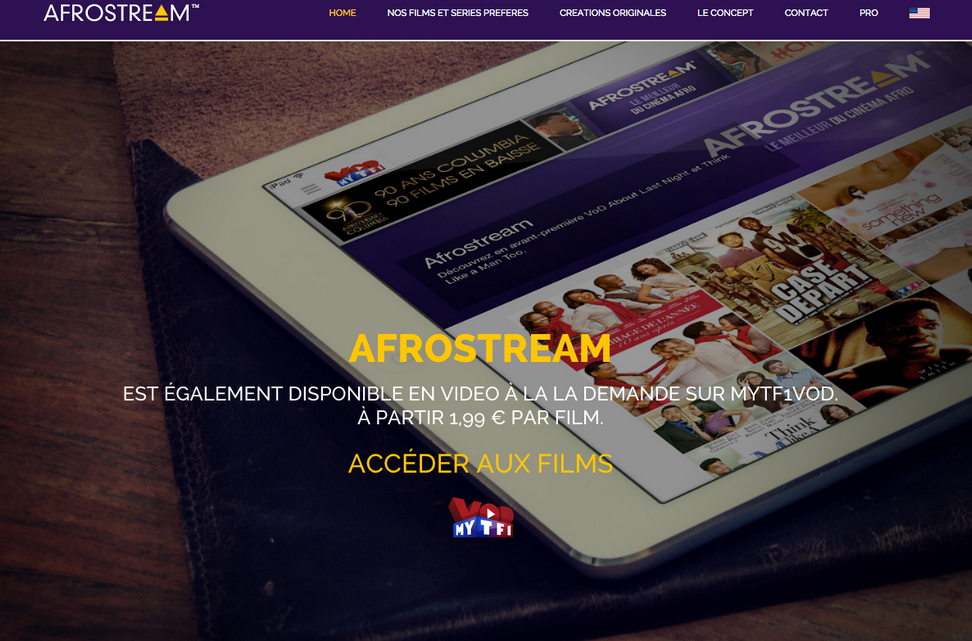 France-based startup Afrostream is to launch what it describes as “the Netflix of Afro-American and French films” in September, with subscriptions from €6.99 (US$7.59).

The service, which will focus primarily on Afro-American content, will be available in France, its overseas departments and territories, Belgium, Luxembourg, Switzerland, Senegal and Côte d’Ivoire via computers, smartphones, tablets and Chromecast.

Afrostream, co-founded by theatre producer and entrepreneur Tonjé Bakang, will build on an existing transactional video-on-demand stream on the MyTF1VOD service in France. According to Afrostream, the TVOD service has rented 200,000 films since it launched five months ago.

Afrostream launched a Facebook page last year, which currently has 72,000 followers, and says that 2,000 subscribers have pre-registered for the SVOD service so far, bringing revenues amounting to US$100,000.

Afrostream says it has rights from independent US, African and UK studios and distributors. According to Bakang, the startup has rights to distribute content in other African countries.

The company says it has funding in place from US micro-funding outfit Y Combinator, which has provided support for 700 startups including AirBNB, Dropbox and Twitch.

“The great thing is that the content is there, but our audience has no legal means of accessing this content. Even when you watch Popcorn Time or BitTorrent, Afro-Americancontent is absent. And if you find a film, there are no subtitles,” said Bakang.

“We want to entertain people and create a platform that makes them feel good. A film can lift or inspire someone and that’s why Afrostream has the potential to go far beyond the distribution of content.”