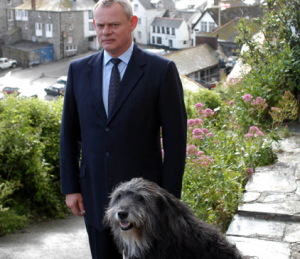 UK broadcaster ITV is relaunching its ITV Choice channel in Singapore after striking a deal with the TV arm of local telco Singtel.

The channel has previously been carried in the country on the StarHub platform before being taken off the platform in 2013 having launched in 1997, and the Singtel carriage deal marks its return.

The drama and entertainment service will be programmed with ITV shows including scripted offerings Doc Martin (pictured) and The Trials of Jimmy Rose, both of which will be shown within 24 hours of their UK TX on ITV1. Other drama titles on the channel will include Vera, Lewis, Murdoch Mysteries and Midsomer Murders.

There will also be long-running UK soaps Coronation Street and Emmerdale, which will also run within 24 hours of their UK broadcast on ITV.

The entertainment line-up will include Paul O’Grady: For the Love Of Dogs and I’m A Celebrity… Get Me Out Of Here!

The ITV Choice launch in Singapore follows recent roll outs on Clear TV in Nepal and DCTV in Taiwan, as well as the channel launching across the Africa continent on DStv in May this year.

Nic van Zwanenberg, channel director of ITV Choice, said: “Our new and improved schedule means Singaporean viewers no longer have to wait for their favourite shows and they can engage in all the social media conversations around our high rating content as viewers of ITV Choice do in other parts of the world.”