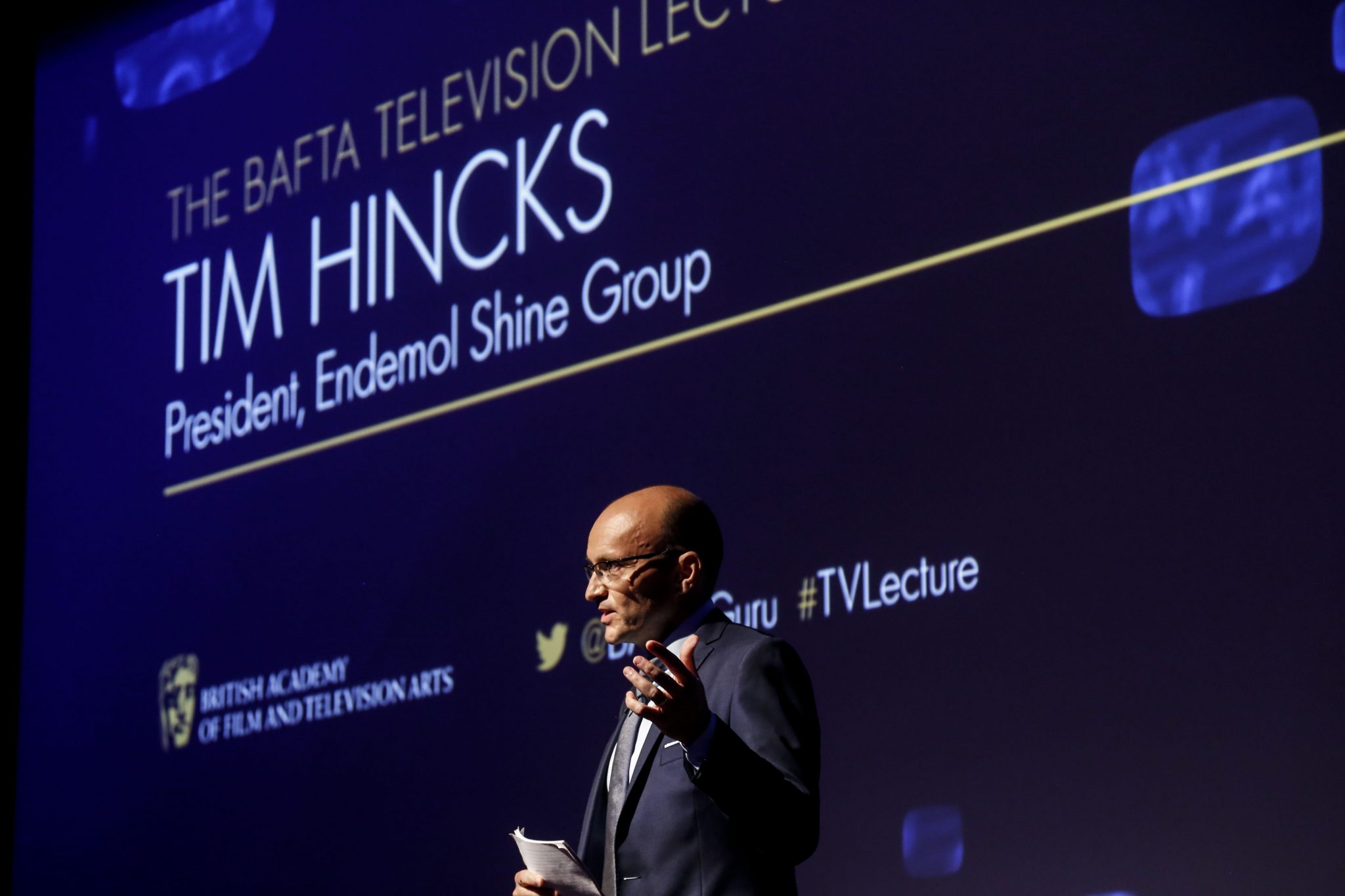 In the annual Bafta Television Lecture, Hincks said the coming together of the Endemol, Shine Group and Core Media businesses earlier this year had not, and would, not affect the enlarged firm’s creative output.

The deal was criticised by the likes of Channel 4 CEO David Abraham, while BBC director general Tony Hall said the emerging environment was forcing the BBC to relook at its production quota system, but Hincks – who has worked at Endemol for the past 15 years and its predecessor firms since 1990 – suggested concern over M&A activity was unfounded. 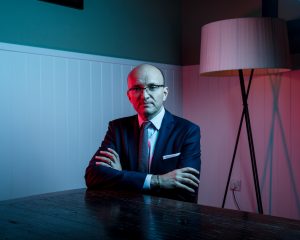 Credit (above and right): BAFTA/Jamie Simonds

Adding that “the world has woken up to great content”, he told the largely British audience in London that being “match-fit to compete” through new development was important than ownership structures.

Hincks also came to the defence of the UK Terms of Trade, which guarantee British indies a chunk of the intellectual property they create for distributors.

The terms have come under fire following the ESG merger, All3Media’s sale to Discovery Communications, ITV Studio’s shopping spree and Liberty Global and now the likely merger of Zodiak Media and Banijay Group.

“You don’t make global content – you make content for the local audience. That’s the fail safe,” he said.

“It’s a really proper opportunity,” he said. “I’m not going to get worried about how we go there and the decision, and I’m certainly not going to question the genuine heartfelt campaign being bought by colleagues and friends, but honestly I think the future isn’t coming, the future is here.

“We need to go back to what the fundamentals of the indie sector are – entrepreneurialism, creativity and putting content first. This is now an opportunity to engage with the BBC to make sure that we’re really engaging with young audiences.”

Elsewhere in his speech, Hincks warned producers in the audience not to ignore mainstream programming such as ESG’s Deal or No Deal, or discount the reasons why such shows gain large audiences.

He also called on the UK industry to adopt measures to increase diversity in the production sector, a call echoing that of actor Lenny Henry in the Bafta Television lecture of 2014. Hincks described the industry as “hideously middle class”.