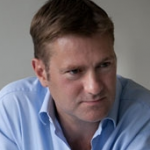 Reef is behind UK series such as BBC One’s Put Your Money Where Your Mouth Is and Channel 4’s Selling Houses with Amanda Lamb.

The prodco will now sit alongside Blakeway, Brook-Lapping and Films of Record in the Ten Alps stable.

The news comes soon after Ten Alps, which has been struggling to find its financial footing for some time, revealed it was on the verge of an acquisition after working out a recapitalisation plan.

CEO Mark Wood today said Ten Alps had raised £4.5 million (US$7.1 million) in an over-subscribed funding round, and was also converting the majority of its debt.

Furthermore, former Channel 4 chairman Luke Johnson has been unveiled as on of three new board members, while founder Bob Geldof is stepping down and financier Tim Hoare will leave following next month’s AGM.

“This is the best thing for Ten Alps in years,” said Geldof. “This restructuring puts us in a perfect position for a hugely exciting media future.”

“The restructure positions Ten Alps to grow as a cross-platform media business through both acquisition and organic expansion,” added Wood.

Ten Alps will pay for Reef through an up-front cash payment and a share and cash earn-out over three years.

“The addition of Reef Television significantly extends the range of our TV production and turns Ten Alps into a mid-size independent production business,” said Wood. “With Reef we also bring in a high-calibre executive team, led by Richard Farmbrough (above), who will add expertise and ideas to our Television management.”

Farmbrough, Reef’s CEO, said: “We see the new Ten Alps as a vigorous player in the TV production landscape and the opportunity to be part of this smart new company is irresistible.

“For some time we have been looking to partner with another production business in order to give us the firepower to extend into new territories and engage with the new platforms which are changing the shape of the television market.”

Reef will focus on popular factual and international revenues, while parent Ten Alps focuses on TV production and development of a content marketing and corporate communications business.

“The company is a strong, creative player in two growth markets,” said Wood. “The arrival of new platforms like Netflix is creating new demand for quality TV programming.

“Meanwhile, the trends which have led US companies to invest heavily in video-rich communications and content marketing are now having an impact in the UK. We are well positioned to benefit from the resultant demand for high-quality video-rich content and expert digital communications.”

The proposed changes will come into effect on July 13 after shareholder approval at the AGM.