Sons of Anarchy writer Kurt Sutter’s new project, The Bastard Executioner, has been taken to series by US cable net FX. 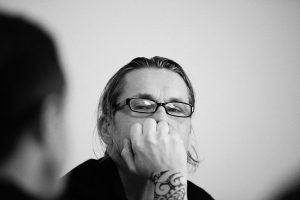 The period drama follows a medieval knight who is trying to put his violent past behind him but ultimately forced to take up arms again.

The pilot of the show was shot in Wales, which will also serve as the location for the full series when production recommences this summer.

Sutter (left) is best known for FX’s popular biker drama Sons of Anarchy. He was also a writer on gritty FX cop series, The Shield. He has an overall deal with FX.

Speaking about his new project, Sutter said: “I love history. I love theology. I love blood. It’s been very satisfying weaving fact and fiction to create a new mythology that combines all these elements.”

Sons of Anarchy ran to seven seasons on FX, coming to an end last December.

John Landgraf, CEO, FX Networks and FX Productions said:”From his important contributions to The Shield to his epic run on Sons of Anarchy, Kurt has been one of FX’s most visionary artists, and we are proud to get him back on the air so soon after the unquestionable success of Sons.”

Fox 21 TV Studios will produce the project with FX Productions.  Fox Television joint CEOs Gary Newman and Dana Walden said: “The Bastard Executioner, written by Kurt and directed by the talented Paris Barclay, is dangerous, brilliant, emotional and undeniable. This is the perfect follow-up to Sons and another huge event series for FX from Fox 21TVS and FXP.”