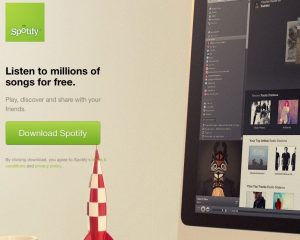 A new video platform from on-demand music app Spotify will run content from a variety of UK and US distributors.

Spotify is positioning itself as a wider entertainment proposition and will package clips and full episodes of television programming that will sit alongside the core music streaming service.

Shows from Viacom channels Comedy Central, VH1 and MTV are also included on the service, and the Turner deal sees Adult Swim series such as Robot Chicken, Aqua Teen Hunger Force, Rick & Morty and Tim & Eric’s Awesome Show and Conan from TBS made available to US users of the Spotify service.

Furthermore, Spotify users in the UK, Germany and Sweden will be able to access full episodes from those series, plus others such as Black Jesus and Mr Pickles.

Spotify’s Now service will also include an original content strand, Spotify Originals, which includes A Full English in which musicians and personalities who are seemingly very different bond over breakfast; comedy Amy Poehler’s Smart Girls, Dance Move of the Day; Guest List, about musicians’ personal music tastes; and Turntable, which brings chefs and musicians together for an intimate performance and meal. Spotify already creates originals such The Drop and Landmark.

Other video content to be added to the service includes short form video content from MCN Rightster, covering topics including celebrity and entertainment, news, fashion, sport and social.

“We’re bringing you a deeper, richer, more immersive Spotify experience. We want Spotify to help soundtrack your life by offering an even wider world of entertainment with an awesome mix of the best music, podcasts and video delivered to you throughout your day. And we’re just getting started,” said Spotify founder and CEO Daniel Ek.

More than 200 million people in the US will watch digital video on a regular basis this year, accounting for 78.6% of all US internetusers, according to eMarketer. The research firm tips US digital video ad spending to total US$7.77 billion in 2015, up from US$5.81 billion in 2014.

“A digital video service from Spotify is a logical extension of the company’s success in digital music streaming, since these are complementary businesses that use much of the same technology infrastructure, marketing expertise, and vendor relationships,” said Paul Verna, senior analyst at eMarketer. “Beyond these natural affinities, the move suggests that Spotify sees a business opportunity in digital video advertising, which is a much larger and faster-growing sector than Spotify’s core business of digital music.”