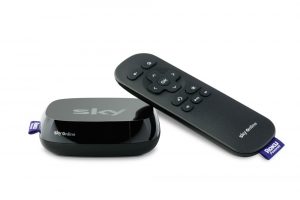 Sky in Italy has launched a Roku-powered Sky Online TV Box, a streaming device that is similar to the Now TV box Sky offers in the UK.

Viewers can use the box to access Sky programming, without taking out a full Sky subscription, via the company’s internet TV service Sky Online.

Other apps, such as Spotify, Facebook, Vevo, Vimeo and Red Bull TV are also available on the device, with more to be added in the coming months.

Previously, Sky Online was only available on PCs, tablets, game consoles, and some smart TV sets, with the service primarily targeted at a young audience and at people that want to watch content on-demand without acontract.

Sky Online users can pay for: an Entertainment pack that features TV series and Sky-branded shows such as X-Factor, MasterChef and Italia’s Got Talent; a Cinema pack; and a Sport option that lets users pay for events such as Serie A and Serie B football as individual, pay-per-view events.

“Pay TV in Italy still has wide growth margins and with Sky Online TV Box we think we’ll be able to reach out an even broader Italian audience and bring them a selection of Sky’s quality content,” said Andrea Zappia, CEO of Sky Italia.

He said the service will address a “new and different audience” from the families that choose to subscribe to Sky.

“Today streaming TV can boast over 1.5 million users in Italy, people who want to enjoy quality TV with the user experience that only Sky can offer. And such a base is expected to rapidly grow in the future and thanks to a simple, versatile and innovative device such as the TV Box, SkyOnline will make its contribution to the development of this sector and we are convinced it will do so as a leader,” said Zappia.

Sky CEO Jeremy Darroch said in February that it would launch a “next generation” version of Sky’s Now TV box later this year and roll out a similar box in Italy.

Sky first launched its £9.99 Roku-powered Now TV box in the UK back in 2013 in and rolled out a Sky Online box in Germany in December – both products of Sky’s partnership with and investment in Roku.

“The collaboration with Roku is a great example of how Sky maintains its innovative edge. With many more partnerships with exciting young companies in Silicon Valley, we’re excited to see what the future may deliver for Sky and our customers,” said Sky’s business development director Emma Lloyd.

The Sky Online TV Box is available from today priced at €49.99 – with one month of Cinema and Entertainment included.