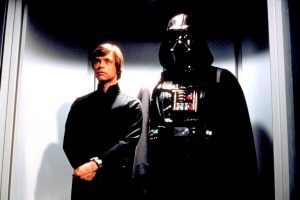 Sky has acquired all six of the existing Stars Wars movies for its Sky Movies channels and on demand service.

The UK pay TV platform has acquired exclusive rights to the features, which will launch on Sky Movies this summer.

A 48-hour Star Wars marathon will mark the launch of the Star Wars features, starting May 4.

It also includes the two animated Star Wars series, Star Wars Rebels and Star Wars: The Clone Wars, as well as a number of Lucasfilm specials and featurettes.

Sky said its deal with Disney, which now owns the films, marks the first time all Star Wars content will be housed in one place.

Dayna Donaldson, general manager, Media Distribution, Disney UK and Ireland said: “The Star Wars saga is universally loved by fans for its rich storytelling and compelling characters and we’re thrilled that Sky Movies customers will be able to enjoy it in the run up to Star Wars: The Force Awakens theatrical release at the end of the year. This will be without doubt this year’s unmissable TV marathon”.