Channel 4 buys into another UK indie

UK broadcaster Channel 4 has bought into another emerging indie producer as part of its £20 million (US$30 million) Growth Fund investment strategy. 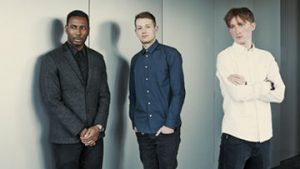 The company is known for securing local channel London Live’s first commission with the 16x30mins football freestyle format F2 Kicks Off, which is the channel’s highest-rated show since launch last year.

It also produced behind-the-scenes English Premiere League series Winner’s Circle for Sky, which has been sold into 66 territories, and creates branded content series. Projects are currently in development with BBC Three, ITV, MTV, 4Music and US networks including National Geographic and Discovery Channel.

“Renowned Films are an exciting addition to our expanding Growth Fund investment portfolio,” said Channel 4 CEO David Abraham. “Duane, Max and Tim are a passionate and ambitious team with an appetite to create compelling formats across both new and traditional media platforms to inspire young audiences globally. We’re looking forward to working with this talented young indie to help push them to the next level.”

Channel 4 has been buying into indies in a bid to combat the increasing consolidated indie production scene. Renowned sits alongside Arrow Media, Lightbox, Popkorn, True North and Eleven Film in the broadcaster’s portfolio.

“As a company built by young creatives from the ground up, we share the broadcaster’s commitment to innovation, experimentation, and the development of burgeoning British talent,” said Renowned’s Jones. “The Growth Fund investment allows us to continue our mission to engage and entertain today’s youth audience with the forward-thinking content they deserve.”

Additionally, Channel 4 has signed a development deal with another indie, Brassneck TV, which is behind the network’s Fred Perry Presents Subculture and History Channel specialHillsborough Remembered.

“The development deal with Channel 4 is a really exciting opportunity for Brassneck,” said the seven-year-old indie’s managing director, John Osbourne. “It allows us to bring some more talented personnel on board to help develop our slate and win new business.”