Two of the new shows hail from prodcos in the Discovery co-owned All3Media stable.

The slate is also notable for including DNI’s first big natural history commission, Life of Dogs. The 5x60mins canine series will debut year with Grant Mansfield’s Plimsoll on production duty.

Discovery said its natural history commission will be made in an ‘energised, popular style’ that Craig has dubbed ‘new-chip’.

The batch of new series and specials will go out on Discovery’s channels around the world this year and next and mark Craig’s first announcement since he joined DNI from Australian pubcaster the ABC this month.

Former ABC factual chief Craig said: “I came to Discovery to be part of a brand I’ve loved for nearly 30 years, to give our global content more energy, take it to new heights, to surprise and delight our viewers and satisfy their endless curiosity.

“This is just the beginning, as our London production hub starts to incubate new ideas with our independent production partners worldwide.” 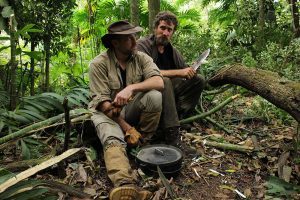 One-off special Terror in the Skies: AirAsia and Beyond will be the first of new shows out of the gate, debuting next month. The ITN-produced doc looks at events surrounding the loss of AirAsia flight 8501 last year.

For later in the year there is Engine Addict with Jimmy de Ville in which the eponymous ‘extreme engineer’ hunts down and renovates iconic engines. It will be produced by All3Media’s Maverick.

For 2016, The Brainy Bunch will profile the personalities behind landmark scientific, technological and medical discoveries. It will be made by All3Media’s Lime Pictures.

Separately, Craig has made his first appointment in the London production hub, upping Helen Hawken to vice president of production and development. She has been elevated from director of programming, factual.