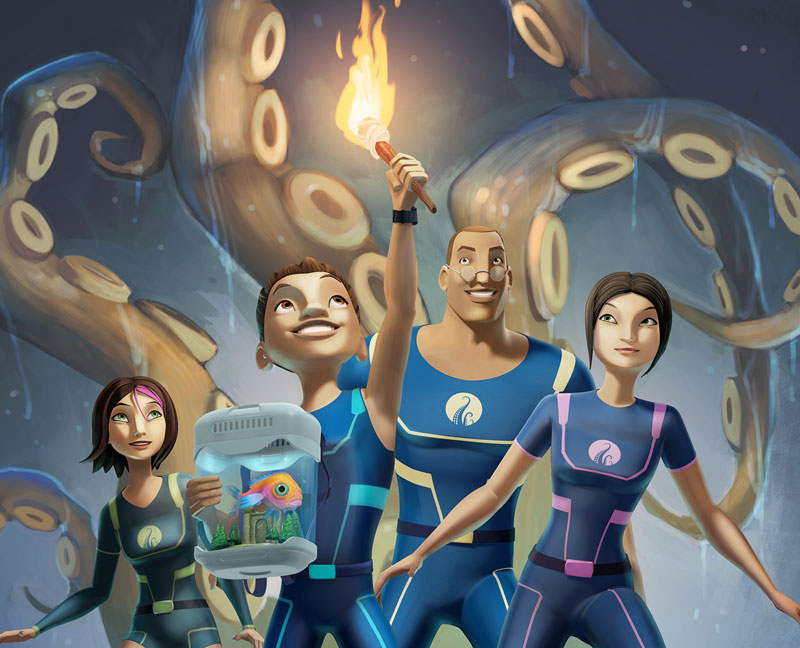 A pair of Scandinavian channels, one from Finland and one from Belgium have boarded Technicolor’s CG-animation The Deep.

Belgium’s Ketnet, Norway’s NRK, Sweden’s SVT and Finland’s YLE have all pre-bought the show, which is 26 episodes long and for Seven Network and ABC3 in Australia and Super RTL in Germany.

Technicolor distributes the series, which comes from Canada’s Nerd Corps Entertainment and Australia’s A Stark Production. It targets kids aged 6-12 and is based on an international graphic novel from author Tom Taylor, following an underwater-dwelling family that explore unchartered areas of ocean.