Nickelodeon is set to launch Noggin, a new subscription video-on-demand service next month aimed at preschoolers. 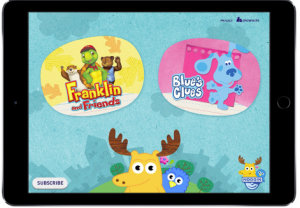 The service will be available in the US for US$5.99 per month and will include long- and short-form content. It launches as an app for Apple iOS devices.

Content available at launch on the service includes education-based series such asBlue’s Clues, Little Bear and Ni Hao, Kai-lan, with Nick saying that it will regularly add new content, games and activities.

Meanwhile, Nick has once again turned to iCarly creator Dan Schneider for a live-action show.

Game Makers (WT) is a 26-episode series about two young girls that create a multi-million dollar gaming company and take on a rap superstar as a business partner.

Its announcement came as Nick revealed its new season slate, including a batch of new live-action series.

Elsewhere, Roll Call (WT) is currently in development as a single-cam comedy series shot in mockumentary style. It follows an eclectic group of middle school students and has Sharla Sumpter Bridgett attached as executive producer.

Make it Pop will be a 20-episode music-themed comedy daily co-created by Thomas W. Lynch and Nick Cannon about three girls that come together to create a K-Pop-inspired band. DHX Media is producing, with Lynch and Cannon and DHX’s Steven DeNure and Anne Loi executive producing.

Talia’s Kitchen (WT) is a 40-episode show from Nick stablemate Viacom International. The live-action series is inspired by Latin American telenovelas and follows a girl living with her grandmother and working in her family-run restaurant.

Catharina Ledeboer created the show, and Tatiana Rodriguez will serve as executive producer.

Finally, The W.I.T.s Academy (WT) is another 20-episode series, this time spun out of Every Witch Way. Ledeboer also created the show, with Rodriguez executive producing. The show follows teenage guardians that oversee young witches and wizards as they train at amagical academy.

Nick has also recommissioned Every Witch Way and a second season of buddy comedy Max & Shred.

“Between the enormous amount of shows we have in production, and the strong foundation of our recent launches, we are giving our audience some of the most fresh and innovative content we’ve ever produced,” said Russell Hicks, president of content development and production, Nickelodeon.

“The new daily scripted shows we’ve picked up are right in line with kids’ demand for more content, in different formats, and we can’t wait for kids to see and love them.”