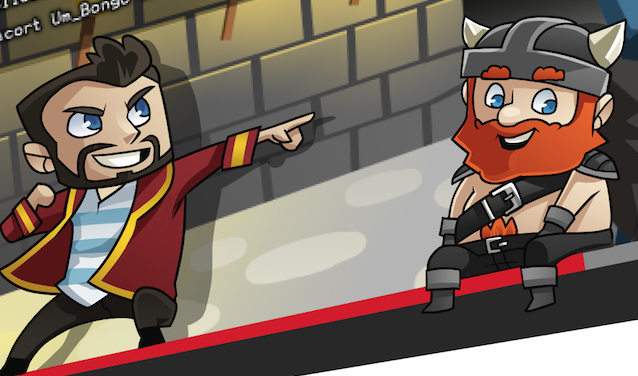 UK indie Eye Present has landed a development deal to work up an animated TV series based on the Minecraft avatars of a pair of YouTube stars.

Xephos & Honeydew will be a 52x11mins toon based on the eponymous characters voiced by comedy pair Lewis & Simon, who run YouTube channels group Yogscast and to this point have used the video game Minecraft as their primary video media.

The characters are billed a “comedy duo of opposites”: Xephos is a man that can teleport himself out of danger and a Honeydew a Saxon dwarf that digs his way out of trouble with a spade and rides a pig.

“To have two comedy characters that already command such a huge fan base before we even go to series or film is a rare find for us and a big thank you to Mark Leaver from UKTI for introducing us,” said Genevieve Dexter, CEO of Eye Present.

Dexter launched Eye Present with Jules Coke at MIPCOM last year and this is the firm’s first development.