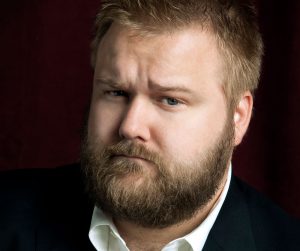 HBO sister channel Cinemax had already greenlit a pilot of the new series, which Kirkman has worked up with Fox International Channels. it has now greenlit a full series.

“We are thrilled to be in business with Robert Kirkman, a visionary talent who has the unique ability to tap into today’s zeitgeist, making him a perfect fit for the newly expanded Cinemax roster,” said Lombardo, president, HBO Programming.

The show is based upon Kirkman and Paul Azaceta’s Skybound/Image comic. It follows Kyle Barnes, a young man plagued by demonic possession who, with the help of a troubled preacher, embarks on a journey to find answers to his predicament.

Patrick Fugit (Gone Girl) has been cast as Barnes and Philip Glenister (Life on Mars) as the preacher, Reverend Anderson.

FIC which has moved into production and international programme sales in recent times, will distribute the series.