The state of the kids VOD industry 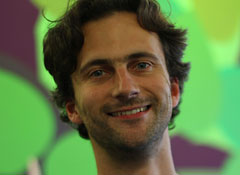 To sum up the state of the kids VOD industry in one word I would say: busy. When we started Hopster almost three years ago, we thought there was a dearth of innovation in TV for kids. There isn’t now.

Since 2012 we’ve seen Netflix double down on its kids offering and go international at a dizzying pace. We’ve seen Amazon invest in excess of a billion dollars in Amazon Prime Video; a big slice of it targeted towards kids. YouTube has been working on a much anticipated kids offering (look for it to launch in the next few months). We’ve seen a wave of stand alone kids VOD start ups spring up across the world. And already in 2015, Viacom has broken with its traditional distribution model to announce an, as yet unnamed, direct-to-consumer kids offering.

Unshackled by kids’ lack of preconceptions as to how they ‘should’ get their entertainment, kids services are now at the forefront of a surge of innovation connecting digital, media and technology. As that wave swells, we’re beginning to see where it might be taking us.

For a long time, ‘global’ in the media industry has been more hype than substance. Yes, some media companies were (sort of) global. But, very basically, launching a TV channel in a new country required satellites, playout chains, broadcast towers and all the unwieldy infrastructure of an analogue world. Content rights have become a matching patchwork of inconsistent territory by territory deals. On-demand is radically reshaping that landscape.

Content aside, there is essentially no incremental cost for a US on-demand service to launch in Australia. YouTube is already global. Netflix and Amazon will soon follow suit. Other successful digital platforms will need to either scale up to match, or find themselves niches to play in. There won’t be a middle ground.

If you tell the next generation of media executives that developing, funding, producing and monetising a new kids show once took years, not weeks or months, they won’t believe you. Kids on-demand platforms are already investing in developing content to digital timelines – rapidly conceived and produced, with follow on investment following success. Increasingly, digital platforms will use their direct connection to users to rapidly monetise initial investments by selling everything from companion apps to print on-demand books and connected toys. Get this right – and someone will eventually – and you’ll find an explosion of creativity in kids content.

The rise of kids specialists

Once, the best kids TV content was only available on all-purpose ‘general entertainment’ channels. Over time these were first complimented, and then surpassed by kids specialists like Disney and Nickelodeon. We may be seeing a similar story play out in the on-demand world. Netflix and Amazon offer great choices at a compelling price, but kids’ specialists will increasingly carve out a role by differentiating with innovative content that spans video, games and interactive and unique product features.

At Hopster we’re all about re-imagining kids TV as an awesome video and learning platform for tablet, mobile and smart TV. We’re excited about doing smart things with games, learning and engaging parents. Other kids specialists emphasise different things, but all of us should be innovating faster than the emerging global giants can. To which point, my final trend is….

So you’ve built a great video on demand service for kids. Why stop there? We’re already seeing kids specialists offer books, games, and music to kids in a package that feels seamless to a user, and we’ll see more innovation here as the industry matures.

At the start of this article, I summarised the state of the kids VOD industry as busy… Let me offer an alternative at the end: thrilling.