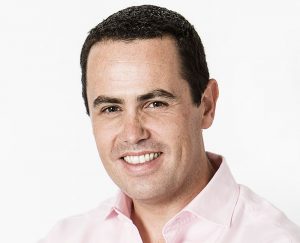 Jonny Slow is leaving the US division of production and distribution group Zodiak Media.

Having been COO of Zodiak Media, Slow oversaw the reorganisation of the group’s US activities and creation of Zodiak Americas in 2012, becoming CEO of the new division.

Zodiak announced last night that he had resigned. It said he will continue to work with the company on a consultancy basis during a handover period in which Zodiak Media CEO Marc-Antoine d’Halluin will take the reins, on an interim basis.

He will be assisted by Joel Karsberg and Cem Yeter, the Zodiak production bosses who relocated to the US last year, as well as New York-based Mike Gamson, Zodiak Americas legal boss Deborah Henderson and COO Andy Lennon.

Slow had been at Zodiak and before that RDF for over a decade. Marc-Antoine d’Halluin said: “He has created a US platform from which we are set to grow rapidly in the future, and leaves us with excellent relationships in our creative and business partnerships that will allow us to execute that growth.

“We are sorry to see him go and wish him luck with his future endeavors which, having worked closely with him over the last 18 months, I know are certain to be as exciting as the ride he has had here.”

Slow added: “After ten years with RDF and Zodiak and, having had a lot of fun building Zodiak Americas over the last three years, the time is right for me to move on to my next endeavor.”